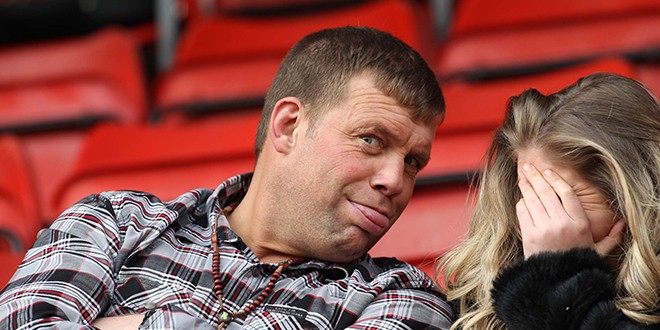 Rovers boss John Bastian has confirmed that the former coach of the French national team will spend time with Rovers’ playmakers every other week.

The move came after Goulding last week spent time talking to the Featherstone squad about his personal battle with alcohol.

Bastian explained: “He came over last week and went through the Bobbie Goulding story.

“He highlighted the difficulties he’s had through alcohol over the last years, and basically let the lads know what alcohol can sometimes lead to if it grabs hold of you.

“It was a very honest and truthful portrayal of what he and his family have been through due to alcohol, and the lads were very receptive to it and very thankful that he’d shared his story.

“If it can help one person, then he’s making amends for little things he’s done wrong over the years.

“I’ve known Bobbie a long time and the majority of the time we’ve got on well.

“There have been times when we’ve disagreed and sometimes you’re bound to get that in sport when you’ve got a strong personality.

“I worked with Bobbie junior and Bradley at Warrington and they’re two good people that work really hard in training and are very respectful young men.

“That comes from Bobbie and their mother Paula.

“I’d spoken to Bobbie about doing some kicking with the pivots and possibly one or two of the other players.

“It’ll be great for our guys and I think it will be good for Bobbie to be back involved in Rugby League.

“He’ll come in once a fortnight for some skills kicking and it will be good for him and good for us.”

Rovers last week secured the signatures of two of their highly rated youngsters in Luke Teasdale and Joe Fox.

Teasdale originally joined Rovers from Leeds Rhinos and was an influential figure in the Rovers under-20s squad that lost in last year’s Grand Final to Salford.

Fox joined Rovers last year from Huddersfield Giants, and was due to make his Featherstone first-team debut, but was struck down with illness and hospitalised the day before the game after he had been selected in the squad.

Bastian said: “Luke is a talented youngster who we are delighted has decided his future is at Featherstone Rovers.

“Luke is working very hard alongside the first-grade squad and recognises the importance of discipline and education.

“Being patient will allow Luke to progress and improve his rugby skills and allow him to physically and mentally develop. We recognise the potential in Luke and look forward to his progress within the first-grade squad.

“Joe is another youngster who has lots of potential. He is a local product of the Featherstone Lions club with a strong work ethic and is working well within the first team environment.

“Joe is a determined young man and we all hope that he improves to challenge the senior players, and we wish him well.”