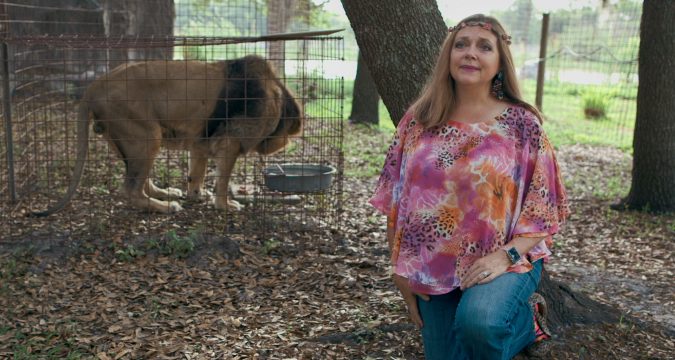 Keighley Cougars have reached worldwide audiences after getting a shout out from the one and only Carole Baskin.

Baskin, who shot to fame for her part in the famous Tiger King documentary series, sent her well-wishes to the Cougars in a post published on the club’s Twitter page.

In the minute-long video Baskin, a big-cat rights activist, she describes the Cougars as ‘really tough cats’.

Despite her pronunciation of the West Yorkshire town being slightly wide of the mark, the video has gone down a storm on social media.

We're always thinking of groundbreaking initiatives here at the Keighley Cougars, especially ways to give you all a pick me up during these strange times.

So, we only went and got you all a shoutout from the coolest cat and kitten of them all 😏#CDQ #OurTownOurTeam pic.twitter.com/maFxcoQTCw

The Netflix documentary has spread across the world with Baskin’s rivalry with Joe Exotic being profiled.