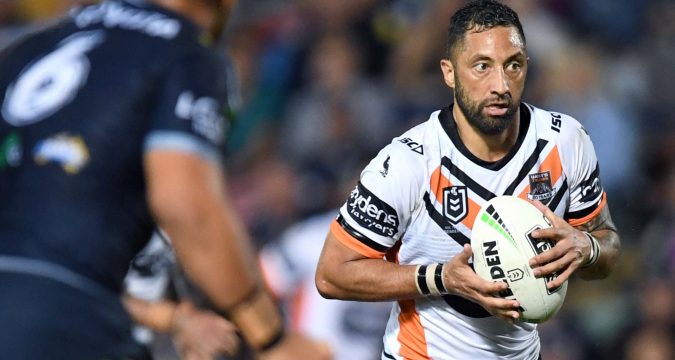 League Express can reveal the ambitious Championship club has touched base with Marshall’s representatives about a potential move to the club next season.

The New Zealand megastar, who has won the NRL, the World Cup and the Golden Boot, is without a contract next season after Wests Tigers confirmed last week that he would leave the club at the end of the season.

Marshall, 35, has been offered to Super League clubs for several months but has yet to be offered a contract. The Centurions aren’t believed to have offered a deal at this stage, but have sounded out his interest and his demands.

Owner Derek Beaumont has promised to invest in a squad to challenge for promotion next season and has already signed Adam Walker, Blake Wallace and Jamie Ellis.

More big signings are expected, but the biggest would undoubtedly be Marshall, if they could reach agreement on the terms of a contract.

With the likes of Danny Brough, Mitch Garbutt, Danny Kirmond, Matt Cook and Greg Worthington among the names heading to the second-tier, the Championship is already attracting several big names for 2021.