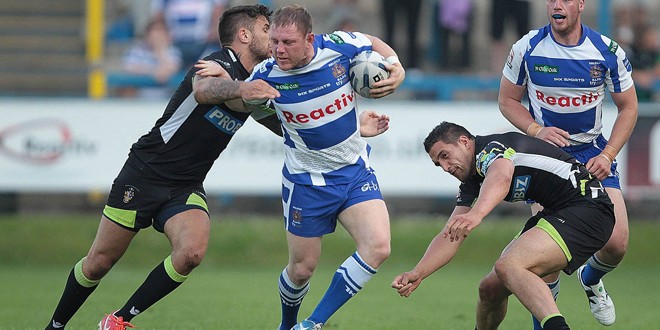 Halifax coach Karl Harrison is without Rob Worrincy (quad) ahead of Sunday’s Kingstone Press Championship fixture with Batley Bulldogs but has signed Featherstone Rovers winger Tom Saxton on a month’s loan as cover.

Harrison faces his former club with the prospect of inflicting their second defeat in the first three games of the new season.

But both teams have won one and lost one of their first two fixtures, with Halifax falling to defeat at Featherstone Rovers last week.

Harrison said: “We need to be a little bit more patient – we don’t have to score every time we get the ball.”

He added: “We are one of the bigger clubs in the competition and we want to be in the top two at the end of the season. We’re a good team, but Batley are a good team too.”

Kear said: “It will give the lads a bit of confidence.”