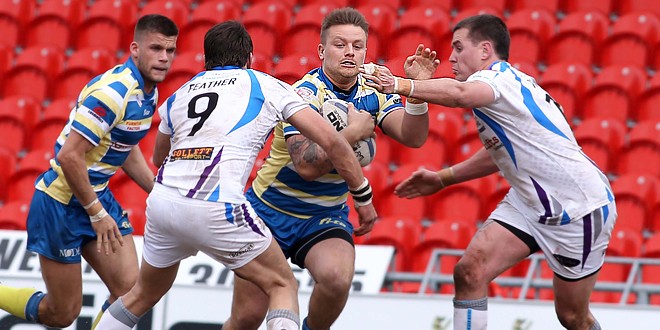 Two of the form sides in the division meet at the Keepmoat with third-placed Doncaster and the Rams – one place ahead of their Yorkshire rivals in the league table – both unbeaten after two rounds of the Kingstone Press Championship.

Doncaster coach Paul Cooke remains without injured pair Brett Waller and Lee Waterman, while Russ Spiers serves a one-match ban this week, ruling him out of Sunday’s clash with the Rams.

Cooke said: “Dewsbury have had a top start. I like the way they play and they’ve made some very good signings for this season. They’re a difficult team to beat and are very well coached by Glenn Morrison.”

But the former Hull FC and Hull KR star believes Doncaster’s strength is in their defence.

“That side of the game has been very pleasing for us,” he said. “If we can keep teams to 12 points in a game then that gives us every opportunity to win.”

Doncaster have conceded just 24 points in their first two games – as Cooke intimates just 12 points in each game – while the Rams have a similar defensive record with just 22 points conceded.

The two sides have similar attacking records with Rams posting 53 points to Doncaster’s 52 this term.

Rams coach Glenn Morrison has no new injury concerns following his side’s triumph over Rochdale Hornets, but has warned his players they must improve if they are to maintain their perfect record.

“Doncaster are going to be one of the top sides this year,” said Morrison.

“They’ll be determined to maintain their record and if we play like we did last week, we won’t get away with it.”