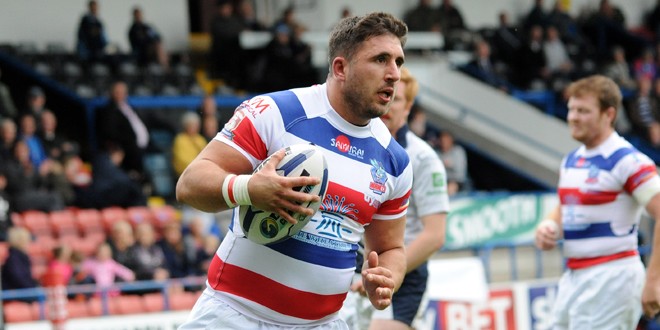 Hornets lost 42-12 against Dewsbury Rams last week, but Talbot believes his team is not far from the levels required in the Kingstone Press Championship.

Talbot said: “The scoreline was a big disappointment because I think we matched them for large parts and at times were probably the better team.

“We know that if we give it our best shot week after week, and put that level of performance in, we’ll pick up some points.”

On Keighley, he added: ‚”Paul March is very influential figure for them. He’s a very smart player and he’s one to watch and one to stop.”

March said: “We let ourselves down and I let the team down too.

“We didn’t stick to the game plan. The bottom line is we came away with nothing and that’s what’s disappointing.

“We’ll go to Rochdale and fight for a win, not go there just expecting a win.”