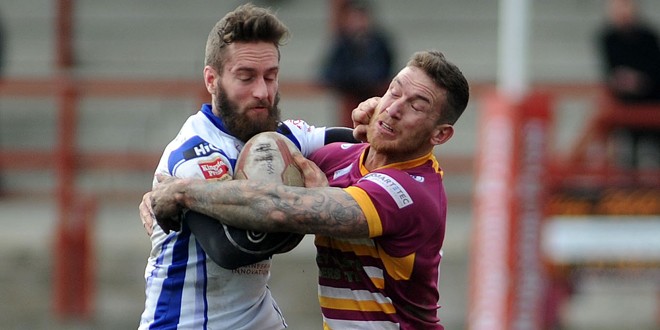 Town led 10-6 at half time thanks to tries from Jason Mossop and Brett Carter, but ultimately fell to a 36-16 defeat.

However, Barker believes the signs are there that Workington can progress again in Sunday’s Kingstone Press Championship fixture against Swinton Lions.

Barker said: “I thought we did very well in the first half.

“We could have just done with a few more points on the board when we had been playing well.”

Swinton coach Ian Watson will wait until finalising the team that will play on Sunday.

Darren Hawkyard is struggling with a knock sustained against Sheffield Eagles last week, but will be given as long as possible to prove his fitness for the trip north.

Lions assistant coach Marlon Billy said: “It’s always hard up there, but I’m confident we can get something from the game.”