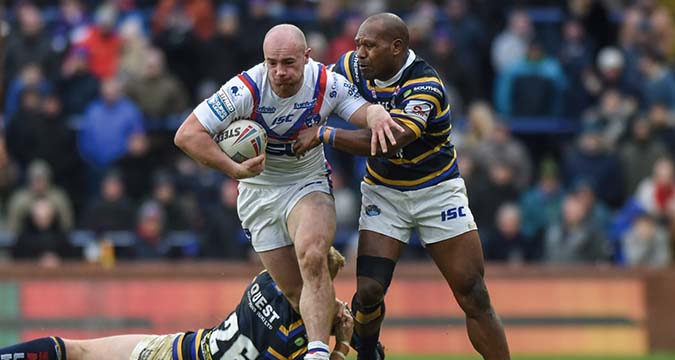 Six of Super League’s clubs have reached agreements with their players on wage cuts.

It comes as a huge boost, and no doubt huge relief, to Super League chiefs, who earlier this week appeared to have a huge issue facing them, with the competition set to return in less than three weeks’ time.

Although there is still plenty of work to be done at other clubs, the notion that the competition’s return may have to be pushed back has eased considerably.

Most clubs are expected to have their negotiations finalised by the end of the week, with sources at the majority of the remaining six clubs telling League Express talks are at an advance stage.

The GMB union has been negotiating on behalf of players and some clubs have even shown their books to the union so they can see the extent of their financial challenges. More clubs are set to do the same this week.

Of those yet to reach agreements, Hull Kingston Rovers will return to training on Monday. They are set to talk to their players and the GMB on Tuesday.

Players agreed to take wage cuts earlier this year but agreed to re-examine the situation in June, which has prompted the current disputes. Clubs almost unanimously hoped to keep the previous cuts in place, but lower wage reductions are set to be implemented competition wide.

One issue clubs have faced has been getting certain individuals to agree to the cuts. At more than one club, numerous players have accepted the cuts while others have not, which has resulted in issues internally.

But with talks progressing well, a call on promotion and relegation drawing closer and Super League’s fixture list finally due to be released this week, supporters can at last start looking forward to Rugby League’s return.