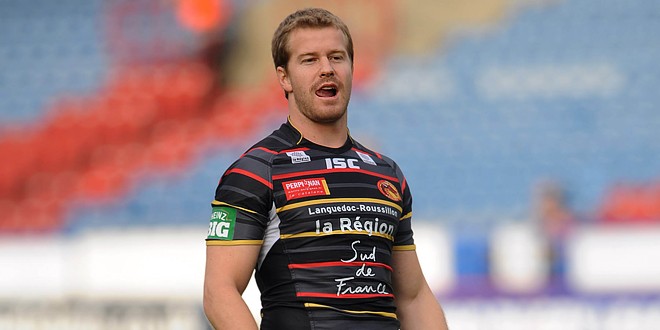 Catalan Dragons president Bernard Guasch has admitted in the French press that his side have some worries over the immediate futures of key players Louis Anderson, Scott Dureau and Brent Webb.

All three missed Friday’s defeat at Hull FC and, according to the comments of the Dragons’ president, look set to miss forthcoming fixtures including Sunday’s encounter at Castleford.

“Louis Anderson has made good progress over his personal worries,” Guasch told the French newspaper L’Independant.

“He resumed training with former international Ruben Wiki, he is on the way back and will join us on February 25. With one and a half months spent in New Zealand he will come back even stronger.”

TotalRL.com understands that Dureau had a disagreement last week with Dragons coach Laurent Frayssinous, and was left out of the side, although Guasch’s comments raise some questions about what actually happened.

“We are all behind Scott Dureau, the path may be long and difficult for him. I do not know if the player is ready to start the season,” said Guasch.

“Brent Webb has some family problems right now but we are not worried because Morgan Escaré can challenge without any concern until Webb is ready.”

The Dragons will have more worries after French international forward Olivier Elima was given a four-match ban for an ankle lock on Hull hooker Aaron Heremaia on Friday night.

The Catalans were on course for their first win at the KC Stadium since 2008 after dominating the first half, but Frayssinous was alarmed at the way his side collapsed after the break, falling away to a 36-34 defeat. Thomas Bosc missed a conversion in the final seconds of the game that would have given them a draw.

“It would have been nice to come back with one point but there are a lot of things to talk about,” Frayssinous said.

“I am focused more on the performance than the scoreboard. That’s why I’m disappointed and frustrated. In the second half we went away from the game plan and defensively we made some soft and poor decisions.”