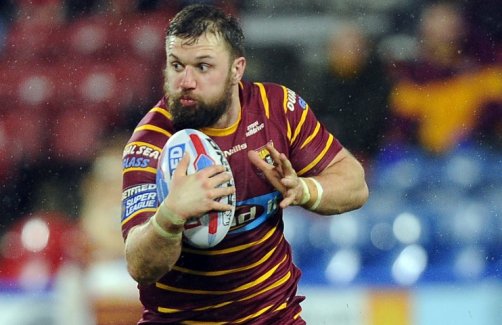 The 30-year-old was out of contract at the end of the season having joined the club last year from Bradford Bulls, however he has now signed a new contract that will keep him at the John Smith’s Stadium until the end of the 2020 season.

He has proven to be one of Rick Stone’s most reliable players since arriving at the club, playing in every single Super League game last season and notching 33 appearances overall.

Clough is the latest Giants star to sign a new contract, joining Oliver Roberts and Seb Ikahihifo in committing to the club.

“I’m extremely pleased to have signed a contract extension at the club and I am looking forward to further improving as a player over the next two years,” he said.

“The club is building on from last year’s finish in the Super 8s and everyone within the squad is doing all that they can to get the Club back into the top four.

“I’m extremely grateful to both Richard (Thewlis) and Rick (Stone) for allowing me to extend my stay at the Club and I’m looking forward to rewarding their faith by continuing to work hard and doing everything that I can to help the team continue to improve.”

Stone added: “He was one of our most consistent players last year and played in every game.

“He’s one of those blokes that isn’t a flashy superstar but does his job as well as anyone else every week. He’s a reliable commodity and every team needs one of those.

“He brings some experience and has played in big matches during his career and you don’t get a chance to play in those teams if you don’t do your job well. He’s meticulous in his preparation and is very reliable, both of which makes him very easy to coach.

“He’s a really important player for us, particularly for the young blokes because the knowledge and experience that he brings that he can pass on is terrific.”