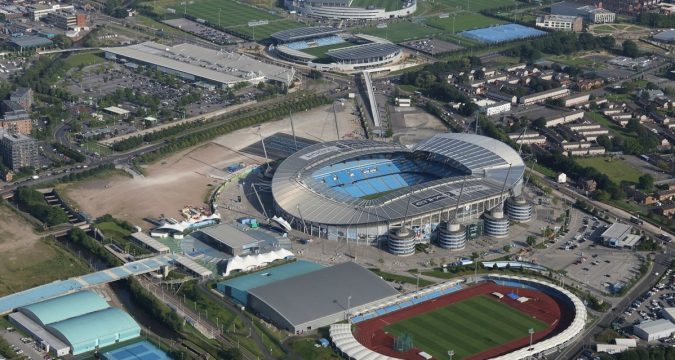 The RFL is relocating to Manchester after securing a place at the Etihad Campus.

The new National Rugby League Centre will be on the same site as the Etihad Stadium, the home of Manchester City Football Club and former host to the Magic Weekend.

As part of the move, the Rugby Football League will become a major tenant as part of the development of the campus as it expands into a national sporting centre of excellence, as well as a leisure and entertainment district.

It comes as a strong boost to the RFL, who will be on site of one of the major sporting facilities in the UK.

The Rugby Football League Board unanimously approved the proposal from Manchester City Council and the City Football Group last month.

Chairman of the Rugby Football League, Brian Barwick, said: “The move to the Etihad Campus is a genuinely exciting prospect and underlines the governing body’s ambition to develop Rugby League across the spectrum of the sport. We want Rugby League to be a sport that future generations want to take part in and everyone has the chance to be involved with. This move will play its part in helping deliver that aspiration.”

Rugby Football League Interim Chief Executive, Ralph Rimmer, said: “Moving to the Etihad Campus will be transformational for the sport of Rugby League on and off the field.

“The world-class facilities that will be made available to every level of the England set-up, from youth through to senior Men’s and Women’s, will mean that our international squads will have access to some of the best training, recovery and on-field sporting facilities available anywhere in the world.

“The incredible plans for this campus and the proposal presented to us, that put Rugby League as a central partner, convinced us that this was absolutely the right place for the future headquarters of our sport, both on and off the field.

“Manchester City Council and the City Football Group have been superb throughout the process and demonstrated that they believe there is a strong future for this sport, and we are all in agreement that this future is best served at the Etihad Campus in Manchester.”

The Etihad Campus is a 200-acre site at the heart of East Manchester which is home to an array of world-class sports, leisure and community facilities including the Etihad Stadium and 80-acre City Football Academy, National Cycling Centre and Manchester Institute of Health and Performance and an array of sport national governing bodies.

Manchester Metropolitan University has recently confirmed plans to establish a new Institute of Sport adjacent to what will be the Rugby Football League’s new home.

The vision for this area, set out in the 2017 Eastlands Regeneration Framework, is for this globally significant sports and leisure cluster with excellent transport facilities to help drive the ongoing development of East Manchester and the wider city.