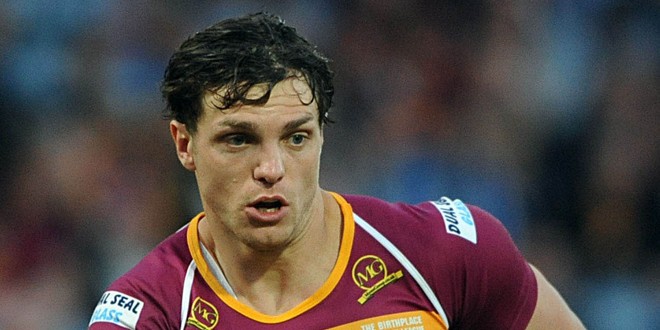 Huddersfield full-back Scott Grix says he is 100 per cent sure his side will never throw away points again in the manner they did against Hull KR at the weekend.

The Giants were 12 points clear with two minutes to go and got complacent. The Rovers duly scored two converted tries before the hooter sounded to salvage a draw.

“It was uncharacteristic and you won’t see what happened last weekend happen again, I’m 100 per cent sure of that,” Grix said.

“I think we can definitely learn from that. It would be nice to go unbeaten all year and not get a kick up the backside, but realistically that isn’t going to happen. We’re lucky really, we’ve had it in round two without losing.”

The Giants face Grix’s old club Widnes tonight at the Select Security Stadium, and although he admits he has a soft spot for the club, he will be all business come kick-off.

“I was only with Widnes a year, but loved it. Until being here, it was one of the most enjoyable places. We lost the Grand Final that year to go into Super League, so it ended on a bit of a sour note, but in general it was good.

“I’ve got a soft spot for Widnes just because I was treat well when I was there, but that will mean nothing when we play them.”