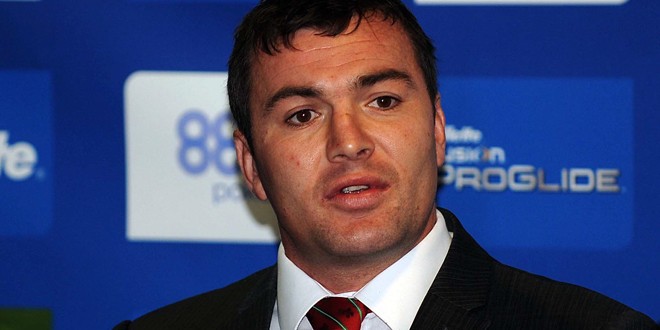 Iestyn Harris has a contract to coach Salford until the end of 2016.
And, despite leading the club to its first win under his tenure at Bradford on Friday night, insists he is planning for long term success, rather than short term panaceas, although his immediate aim is to generate a winning culture.

“Once the players come on board with that, then we can begin to think about the external expectations and winning games. But over this first period it’s very important not to think too far ahead. At this stage it’s all about improving individuals and improving the team as a collective group. That’s the challenge.”

Harris admits that he was brought on board at Salford by the vision of the club and its Chairman Marwan Koukash.

“The key to me coming here were assurances about the role and in particular that it is improving what happens on the pitch, without having to worry about outside issues. That was very important to me, and I was given those assurances.

“And what I’ve seen is that everyone, regardless of whether they’re aged 17 or 34, has trained exceptionally well. They have thrown their bodies into the training sessions and they have been very responsive.”

Harris admits that he is looking forward to the arrival of Australian coach Shane Flanagan, who will join the Red Devils on a three-month consultancy contract, and a proposed link with NRL club Cronulla.

“Shane will look at the way I work, and at our performance department, and the things we are doing from day to day. For him to give his opinion to me is something I am greatly looking forward to. Conversely I’m looking forward to going over there to have a look at his patch.

“At this stage I don’t know him, so I haven’t got too much of an opinion on him, but I am looking forward to getting to know him and working with him over the next three months.”