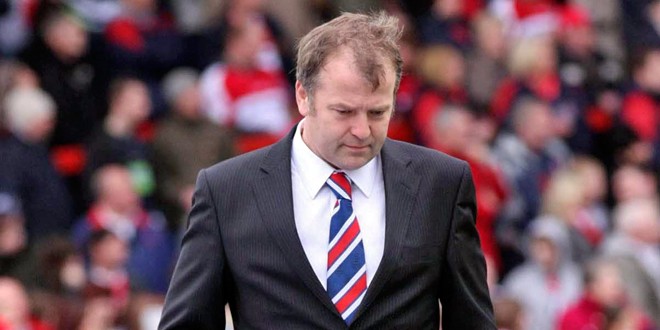 Hull Kingston Rovers Chairman Neil Hudgell is to appeal against a fine of £1,000 imposed by the RFL for his criticism of the its disciplinary process.

Hudgell lambasted the RFL after Rovers prop Justin Poore was suspended for three matches for a tackle in the Robins’ 16-0 win over Bradford. He claimed that the governing body’s match review panel was “not fit for purpose”, and he added that “there are too many people with too little knowledge of the technical aspect of the game making decisions they are clueless about.”

Hull FC Chairman Adam Pearson has also been fined by the RFL, but he has decided not to appeal against the verdict.

“I have put an appeal in, and initially the appeal was going to the people who I described as not fit for purpose,” Hudgell, a lawyer who owns a multi-office practice, told TotalRL.

“I don’t think I’m guilty of improper conduct for telling the truth. Justification will be the basis of my argument.”

And Hudgell claims that his dissatisfaction with the RFL is the tip of the iceberg among Super League clubs.

“It has its origins in the restructure debate, and the lack of comment since then,” he added.

“When the Stobart deal fell flat on its face, some of us were accused of derailing it. And since then we haven’t really said what we think.

“The lack of perceived fairness is driving people away from the game, and fairness in how things are dealt with should be the RFL’s guiding principle.

“We have cited four or five examples this year, and Hull FC have done the same. The RFL then come out with bland statements claiming that the system is the envy of the rest of the sporting world.

“I am going to put a full brief together that I will publish, and I am calling on other clubs to support me and provide their own evidence.”

Meanwhile the Robins will host the Hull derby on Thursday night (8.00pm) and Hudgell is confident the game will draw a crowd of around 12,000.

But the Robins could be without Kris Keating, Adam Walker, Liam Salter and Jason Netherton after a costly win over Warrington on Sunday. The Robins defeated Wolves 25-12 in a bruising encounter that saw prop Walker forced off after eleven minutes with a knee injury, fellow frontrower Netherton stretchered off after 25 minutes with a neck complaint and both halfback Kris Keating and centre Liam Salter substituted in the second half, and coach Craig Sandercock ran out of substitutes.

All four are now in doubt for the clash with Hull FC. The injuries add to a mounting toll for Hull KR, with Greg Eden and Jamie Langley currently out, although Eden was back in action with dual-registration partner Gateshead Thunder on Sunday.