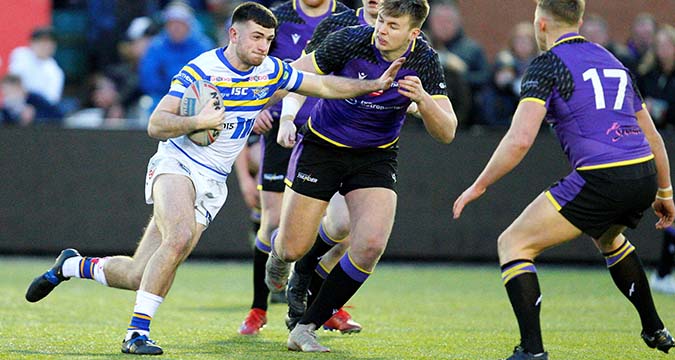 Leeds Rhinos youngster Liam Tindall is attracting interest from Championship club Bradford Bulls with a view to a season-long loan in 2021.

The 18-year-old England Academy international recently made his Super League debut for the Rhinos, having been offered a three-year full-time contract with the club after impressing on their return to training following lockdown.

However, to further his development, Leeds are eyeing up a loan arrangement for the winger next season, with the Bulls interested in taking Tindall for the season.

The two West Yorkshire clubs have forged a strong relationship in the years since Bradford’s relegation from Super League, with a number of Rhinos players spending time on loan at Bradford, including current first-team regular Liam Sutcliffe.

And Tindall could be the next to follow, with a loan move across to the Bulls on the cards.

League Express revealed several weeks ago that Mustapha was a target for the Robins, and it is now understood that the formalities have been concluded, with Mustapha making the move across Yorkshire next season.