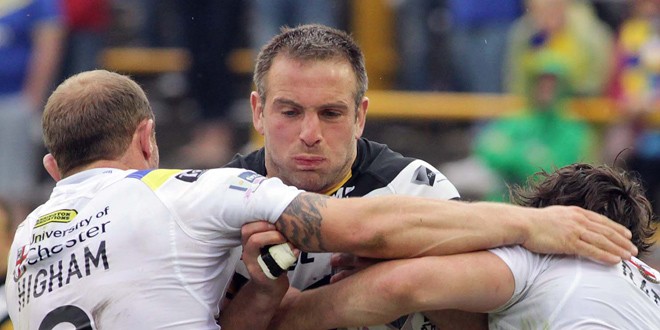 Castleford Tigers will hand out returns to long-term injury victims Andy Lynch and Ben Roberts among a 21-man squad which travel to local rivals Wakefield on Sunday.

Lynch and Roberts have not played for a number of months following serious lay-offs which ended their seasons last year – and winger Joel Monaghan is another notable inclusion in Powell’s squad for the game.

Speaking on his selection Powell said: “We are putting out a really strong team, there are quite a few players in there who haven’t played yet this season so yeah I’m really excited and interested to see the players coming back and it gives them a great chance to put their hand up for selection for the first game of the season against Leigh and that is what it is all about now, we are in the final stages of our preparation and it’s a really important game for us.

Powell added: “I think Wakefield will put a really strong team out and it will be a good challenge for us. We have got a strong starting team with some young players on the bench so yeah it’s a local derby and they will be looking to start well, and they’ll be pretty excited about their own season. There is a lot of really positive vibes coming out of Wakefield and we want to make sure we continue our development ahead of what is a really big season for us.”