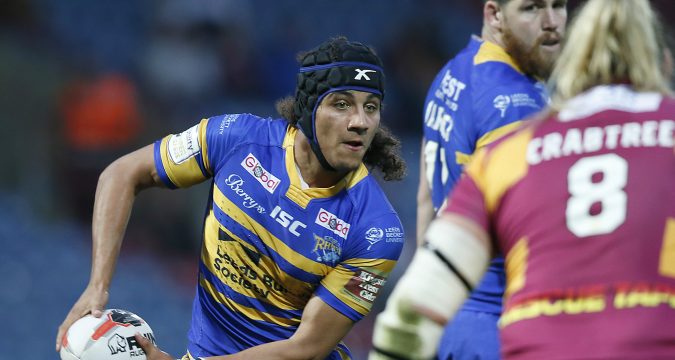 Look back at the careers of Super League’s greatest players, and you can pick out one year when they truly burst onto the scene.

1993 was Andrew Farrell’s year, 1995 will be remembered as the year Adrian Morley’s rise to stardom took off and in 2000, Jamie Peacock enjoyed a year that started to define his legendary status.

2017 gives another batch of players the chance to emerge as the next big thing, and we’ve picked out five players who we believe could go to the next level this year.

Excluding Denny Solomona, you’ll struggle to find a player who had a better try-to-minute ratio in the entire competition, with 12 tries in 14 Super League appearances, while seven of those outings came from the interchange.

Nevertheless, the 23-year-old was restricted to a bit-part role in Ian Watson’s squad, with Daniel Vidot and others preferred to the youngster.

However, with Vidot and Mason Caton-Brown no longer at the club, Evalds’ path towards regular first-team action is set, which will allow him to truly showcase his abilities.

The signs are there, now is his time to show just how good he is.

In a short space of time, the scrum-capped full-back has already had fans drooling over his potential.

His performances haven’t gone unnoticed by Brian McDermott either, who has awarded the 20-year-old the number 1 jersey.

At such a young age, Golding’s potential is enormous. He was a shining light in an otherwise difficult year for the Rhinos, and it appears only a matter of time before he establishes himself as one of the competition’s elite.

2017 could be the year Golding does just that.

It’s incredible to think that Greenwood has already been in Saints’ first team for five years.

At the age of 23, Greenwood has made 67 appearances in Super League and has shown signs of what he could do.

But as he approaches his prime, the challenge is now on the Saints forward to take things to the next level after being handed a starting jersey at Langtree Park following Atelea Vea’s departure. Murmurings coming out of Huddersfield suggest that the hooker is set for a breakthrough year.

The 21-year-old has reportedly impressed in training, making many believe he is ready to fill Huddersfield’s void at hooker.

Swaziland-born Leeming already has 36 Super League appearances under his belt, albeit he has been used from the bench for the majority.

Since joining Castleford in 2015, Springer’s improvement has been there for all to see.

His impact off the bench for the Tigers last year changed the game in Cas’ favour on several occasions, and plaudits soon followed.

Springer has the makings of one of Super League’s best forwards, and as part of an ever improving Castleford pack, Springer could assert himself big time this year.