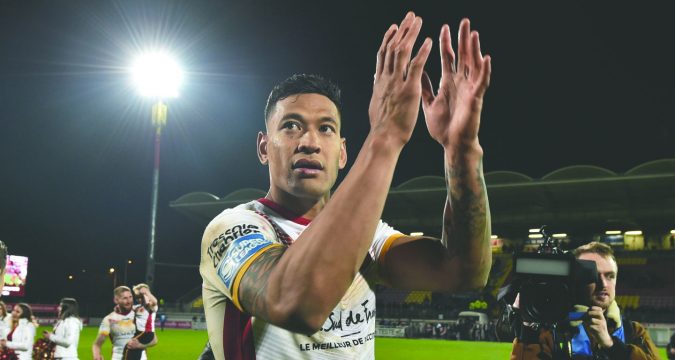 Former England coach Steve McNamara believes next year’s Rugby League World Cup will be a global celebration of the sport and an important target upon which to focus positive attention during the current Coronavirus crisis.

The Catalans Dragons coach was in charge of the national side during the last home World Cup in 2013, when a last-gasp try and conversion from Kiwi Shaun Johnson saw English hopes of a final against Australia dashed at Wembley.

Despite the cruel end to his reign as England coach, McNamara believes the World Cup is the pinnacle of the game, and whilst he has concerns about the impact upon players if they are forced to play an extended season this year followed by a short off-season, McNamara can’t wait for next year’s tournament.

“World Cups, in any sport, are the ultimate,” he told League Express.

“I’ve been involved in these tournaments and they are sensational. I did it as an assistant coach for England and as a head coach too, so I know just how exciting it is for the game.

“The last time we had it in this country in 2013 it was incredible, and we all remember that epic game towards the end against New Zealand. It’s difficult to forget, unfortunately.

“The whole competition and the whole vibe around it were entirely different. Regardless of the current situation, everyone should really look forward to it.”

McNamara was interested in reports from down under this week that the Tongan Rugby League would be keen on selecting new Dragons’ signing Israel Folau for their future international fixtures. Tonga’s current run of form, and their current line-up of top-flight players, have made them some supporters’ dark horses for the World Cup next year.

McNamara is not surprised that national coaches are looking at his new recruit.

“Israel is back in Rugby League, so straight away his pedigree is clear from his many achievements in the game. And what he’s done in rugby union is there for all to see. I’ve been there as an international coach and I’m not surprised they are looking at him. But, as with all players, it’s up to them to show that they are back at that level before they are considered for selection.

“Israel is only three games back into his Rugby League career, but quite clearly he has caught the attention of the Tongan international team and I’m sure if he continues the progress he is making he would be a real asset for the Tongans if they decide to pick him.”

McNamara has sympathy for new England coach Shaun Wane, whose preparations for next year’s World Cup have also been hit by the virus. It is currently unclear whether the proposed autumn Ashes Series against Australia will actually take place. But should the current suspended season run into November or even December after it re-starts it will have a major impact on player fitness.

“It must be incredibly frustrating for the new England coach,” said McNamara.

“My concern would be the impact, not just this year of potentially losing a Test Series, but next year as well. If we’re talking about playing through to the end of November and the workload that places on the players, then there is a knock-on effect into the following season.

“Right now the number one priority is to keep the game alive at all costs and to support the clubs, but when you are the international coach you have one eye on the now and one eye on the World Cup, which is next year. So the demands on the players in the English competition, if we do manage to fulfil all of our fixtures between June or July until the middle of November and then start the following season, will need some serious attention and maybe different ideas thrown in there.

“We will have to do whatever is needed to be done to save the game, but if I were the international coach I’d be looking at a finish at the end of November and starting again in the last week of January as not only the workload of this season but the impact of a short pre-season on everybody on the following year, particularly when we are holding at a World Cup. It creates a myriad of complications.

“Right now, everyone’s priority is to keep the game up and running, so once we get to a resolution or solution on that and we are confident we can survive, then the international team and the people who are in charge of it will look to find the best solution for the group of players that will be involved.”

Meanwhile McNamara is uncertain how the immediate future will unfold.

“Being in France makes it a little more complicated, but there’s no need to stress about it, we need to stay on top of it for whenever we get the green light,” he said.

“The strict confinement is still in place in France and President Macron is about to announce an extension to the control measures, but we’re still hoping that we can get back to some sort of training in May. If that changes we will deal with it, but it’s good to give the players a target and some clarity rather than leaving everything up in the air.

“We’ll aim towards that and, if we have to adjust it, we will.”

The Dragons coach is full of praise for the RFL’s approach to the financial crisis for the game, and his own club President’s efforts too.

“From all accounts what Ralph Rimmer has done has been first class in his approach and the RFL are doing a tremendous job in these difficult circumstances,” added McNamara.

“At the same time, even if he can secure funding for clubs it probably won’t be applicable for us in France. We are in a completely different situation, but our President, Bernard Guasch has been absolutely outstanding in terms of his approach so far.

“He has given everybody at the club his full assurances that he’ll do everything he can to keep us on track financially and I know he is working his socks off to do that.

“He won’t make rash decisions until more information is provided. We are all waiting for government advice about when we can start again and whether it will be behind closed doors or back to normal, so the financial situation for all clubs can change at any moment.”