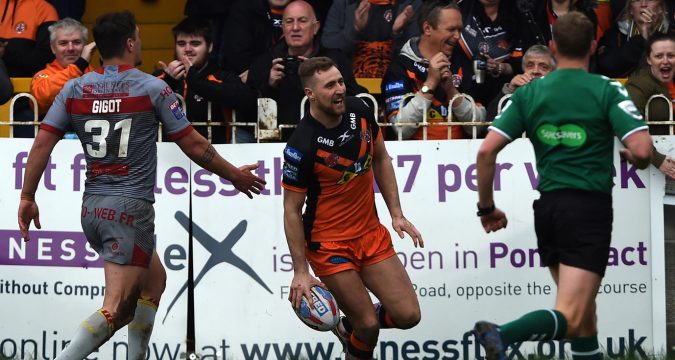 James Clare celebrates his 29th birthday today and he will do so in style.

While many people have had their birthday plans ruined by the current coronavirus lockdown, the Castleford winger will spend the day just how he wants to, with his newborn son Arthur.

“I have a three-month-old son, so this has come at a nice time and I can spend some time at home and enjoy paternity leave,” Clare told League Express.

“It is frustrating because we were playing well and I was playing well, but you just have to get on with life; it can’t be helped.”

Clare also revealed that the Tigers have been keeping themselves occupied by taking on video challenges presented by head coach Daryl Powell, with the Tigers chief getting involved in the antics himself.

“It’s something we’ve been doing at home. Every morning and afternoon Daryl picks someone out and they’ve got to submit some kind of video for everyone to watch.

“Anyway, it was Daryl’s turn and he’s at home and he’s doing various chores around the house, a little bit of woodwork or cleaning the pots. When he’s finished his partner, Janice, gives him some feedback and she’s always telling him there’s room for improvement or something he could have done better. It was absolutely hilarious.”