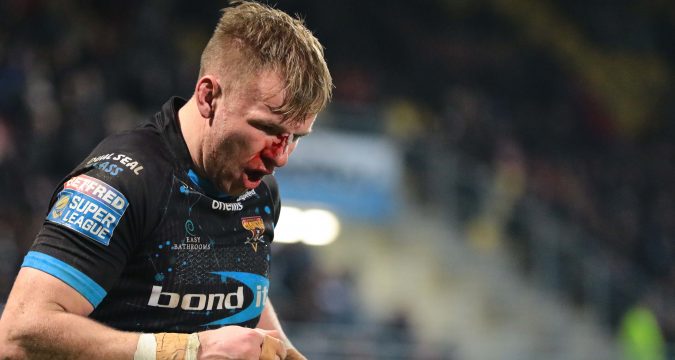 Aaron Murphy is set to leave Huddersfield Giants to take up a deal with Bradford Bulls.

League Express understands the 31-year-old will end his nine-season spell with the Giants at the end of the season to join the West Yorkshire club.

Murphy, 31, has made 176 Super League appearances, scoring 71 tries, while transitioning from the wing to the back row.

In his time with Huddersfield he has made a name for himself through his toughness, making him a well-respected member of the Giants squad.

He will now make the move to the Bulls, where he will link up with former team-mate Danny Brough, who he won the League Leaders’ Shield with at the John Smith’s Stadium in 2013.

His move to the Championship will bring an end to a 13-season Super League career, which started with Wakefield in 2008 before he joined Huddersfield in 2012. In total he has made 235 Super League appearances.