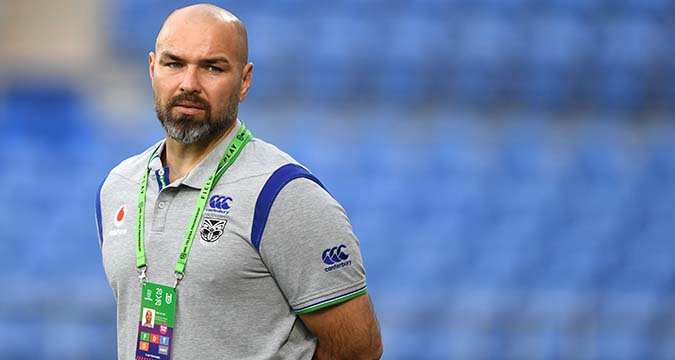 Aubusson’s still got it
The Roosters’ 300-game man played brilliantly for them in their win over St George on Thursday, scoring a first-half try.
The great thing about Mitchell Aubusson is his versatility that can see him play almost anywhere on the field. He was filling in at centre in the absence of Josh Morris and definitely helped inspire his team to victory even at the age of almost 33.

Blake who?
The loss of Blake Green to Newcastle Knights last week looked to be a critical blow for New Zealand Warriors but without their talismanic halfback, they managed to get themselves yet another win, over Manly Sea Eagles, that keeps them on the trail to the playoffs.
Kodi Nikorima stepped up and young half Chanel Harris-Tavita played excellently alongside him. Todd Payten is doing himself plenty of favours in his short spell as the Warriors’ Head Coach.

More effort required for Brisbane
It felt, over the last few weeks, that Brisbane were getting closer to winning another game but last week was a backwards step for the Broncos.
They didn’t get smashed by South Sydney but the manner in which they conceded some of the tries will annoy Head Coach Anthony Seibold.
Two of them came from forwards carting the ball up on one-up plays. Even the return of David Fifita couldn’t bring a win for his side.

Melbourne have the depth to cope without Munster
The Storm are doing it tough at the moment with injuries to key players. But they were still able to comfortably dispatch with bottom club Canterbury Bulldogs.
Cameron Smith is only out for a short while but Cameron Munster’s injury, sustained on Saturday, looked more serious.
They do have cover in the shape of Nicho Hynes, as well as Ryley Jacks,  who looked impressive at the weekend.

Blake Green frees up Ponga’s brilliance
Having both Mitchell Pearce and Green in the halves for Newcastle takes all the pressure of Kalyn Ponga at the back and just allows him to play his game and when he does that, you get scores like the 44-4 that the Knights racked up against Wests on Saturday.
Green could well be the key to the Knights’ top-four hopes which are very much alive after that impressive victory.

Panthers’ kids appear unstoppable
Can anyone stop the Penrith juniors?
It’s been a while since anyone has been able to and Canberra didn’t pose too much of a problem on Saturday night.
The way their kids are performing, Penrith could be a force to be reckoned with for the next decade, especially if Nathan Cleary continues to improve.

Titans will be great next year
To be honest, they’re not bad now. But the Titans will be even better next year when they have the young talents of Tino Faasuamalaeuai and David Fifita as well as Herman Ese’ese joining them next year.
They may be losing both Jai Arrow and Ryan James but that trio more than makeup for it.
The inclusion of AJ Brimson in the last couple of weeks has also made a big difference. They’re now capable of scoring enough points to comfortably win games and it’s been a while since we’ve been able to say that about the Titans.

Eels take to water
The conditions in Sydney on Sunday were biblical. So much so that there was a mighty splash every time a player put his foot down. While, of course, there were plenty of understandable errors made, it was a very entertaining game. The Sharks outscored the Eels three tries to two but the kicking of Mitchell Moses made the difference as well as the brilliance of Dylan Brown. His two dummies and offload provided the two tries that keep them on pace with the Panthers at the top of the league.