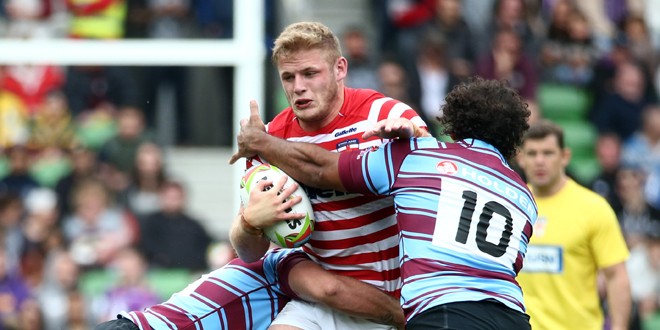 South Sydney Rabbitohs have thrown their support behind England prop Tom Burgess, after he underwent a second trial in the NFL in two days.

Burgess tried out at New York Giants yesterday, before today (Friday) going for a trial at Buffalo Bills – with a club official confirming to TotalRL.com that the big prop had been working with the team.

But Souths issued a statement on Friday on their website, supporting Burgess in his bid to “develop his skills”.

“The South Sydney Rabbitohs can confirm that Thomas Burgess has been given the opportunity to develop his skills by participating in NFL training during his off-season break.

“The Rabbitohs value Thomas’ desire to be the best professional athlete he can be and support his endeavour.

“Rabbitohs’ head coach, Michael Maguire, and Thomas had discussed ways to better Burgess’ speed, strength and agility, and are confident that the experience will be beneficial.”