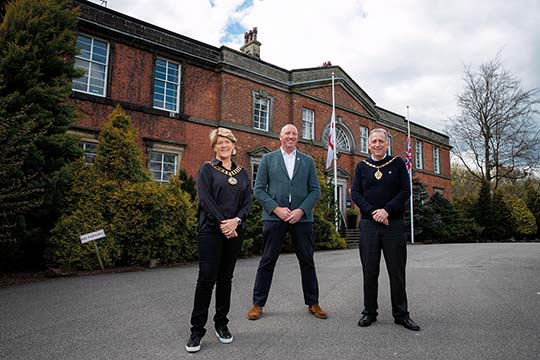 Last Friday marked the end of an era for the Rugby Football League.

It was the governing body’s last day at Red Hall, its Leeds home for more than a quarter of a century.

The Grade II listed building, four miles north-east of Leeds city centre, dates back to the mid-17th Century and is officially known as Red Hall House.

The RFL moved there in 1995 – the year of the sport’s centenary – leaving Chapeltown Road, which had been the governing body’s home since 1922, and was its only previous headquarters.

The decision was taken in early 2018 to relocate to a new purpose-built home as part of the Sport City development at Manchester’s Etihad Campus.

That move will now be completed in two stages, with the RFL relocating to Quay West in Salford until work on the new RFL headquarters at the Etihad is completed later this year.

Ralph Rimmer, the RFL Chief Executive, said: “It’s a significant day and also a poignant one, especially for those of us who have been with the RFL for some time and therefore have so many fond memories of Red Hall.

“It has been a distinctive base for a National Governing Body, a building which can genuinely be described as iconic, with so much history, and also the feel of the countryside.

“It’s important that we also recognise the RFL’s lengthy connections to Yorkshire and especially Leeds, which has been home to the governing body for almost a century.

“Clearly, those connections are not going to end with this move. Leeds remains a crucial city to the sport of Rugby League, and will have a key role in the Rugby League World Cup later this year.”

“We hope to make further exciting announcements about our move to Manchester in the coming weeks and months. But today is a day for us to remember our 25 years at Red Hall, and our 99 years in the city of Leeds.”