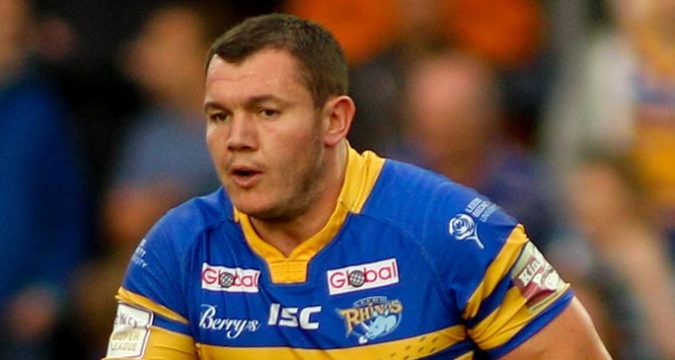 Richard Agar has explained the thinking behind the double loan-move of Featherstone duo Brett Ferres and James Harrison.

The duo have linked up with the Rhinos on short-term deals after Rovers’ season was cancelled.

But the move caught many by surprise, with the pair arriving following the club’s move for Toronto back-rower Bodene Thompson.

However, Agar revealed the pair were coming in to provide extra resource ahead of a hectic period in which will be fighting on two fronts, in Super League and the Challenge Cup.

“With the games coming thick and fast we were scheduled to be in Catalans next week,” Agar said.

“Sandwiched between two games and a flight in between and given the impact on our squad; it’s widely acknowledged that because we’ve come back after a break, because of the speed of the game and a number of other factors it’s having a heavy toll on squads, so we were just mindful of firstly from a welfare point of view that we were probably going to send a different looking team to Catalans and trying not to back any players up if we can.

“That’s going to happen next month too so it’s giving us some insurance, some numbers and avoiding sending players who are feeling after-effects from the previous game, so that was the thinking behind it.

“We feel James Harrison is one of the more promising young forwards in the Championship and a kid that’s got a lot of growth in him. We can have a look at James, James can have a look at us, see how he adapts to a full-time environment and it gives us some assurance if we need to play him.

“It was a bit of timing with Brett. He felt he left last year, not under a crowd but quite abruptly. He’s sat at home twiddling his thumbs, he’s in good shape and even if we don’t use him on the field he wanted to become a part of us and given the reasons, it’s a season like no other and given the fact of backing games up, that we just don’t want to play players who aren’t fit, we just thought ‘why not?’.

“It’s certainly not going to block a path of any young kids, actually far from it, we think Brett can help some of them around the training field and give us some insurance in a season like no other.”