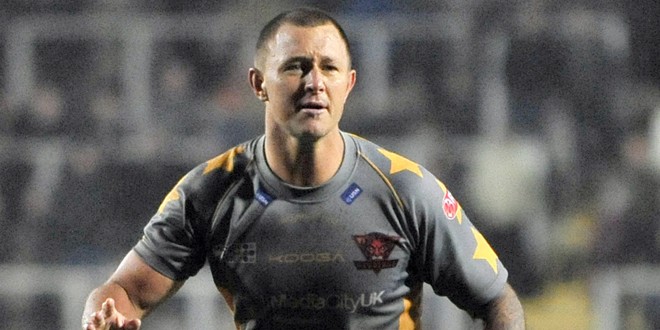 Salford Red Devils have confirmed that their scrum-half Tim Smith – who is on loan at Wakefield Trinity Wildcats – will be allowed to play against them this weekend, as both teams prepare for a huge clash in the race for the top eight.

A number of clubs have chosen to invoke clauses preventing their loan players playing against them in Super League this year, but Salford have no qualms about Smith taking to the field against the side who purchased him last year.

Smith was loaned to former club Wakefield in June, and a Salford spokesman confirmed that Smith is free to play, if Wakefield select him.

“We could have prevented it when we set up the loan deal with Wakefield but decided not to.

“We are fully expecting Tim to play.”

The Wildcats will be hoping for a similar result to Chris Riley’s loan agreement with Warrington this weekend – after he scored a hat-trick against his parent club during Wakefield’s win at the Halliwell Jones earlier this year.