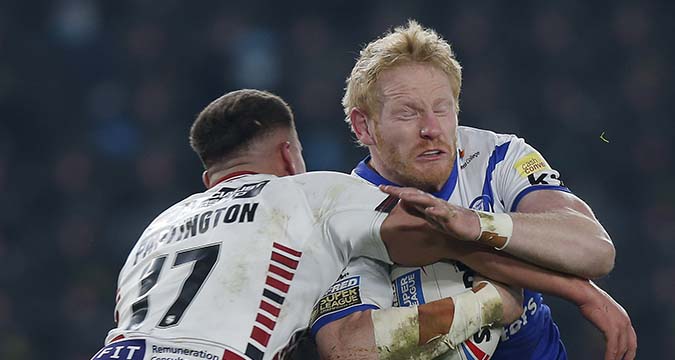 Nowadays it’s difficult to watch much Rugby League without coming across players having to leave the field for head injury assessments.

Although I haven’t undertaken any sort of formal survey, I would guess that around half the players who have to leave the field during a game after suffering a head knock fail the assessment and don’t return to the field.

At one time, players would have stayed on the field regardless, but clearly playing while concussed is bad for a player’s health, a fact that should have been recognised long before now.

The recently retired James Graham has spoken a lot about concussion in Australia, and last week he was interviewed on TV about the issue, in which he seemed to suggest that throughout his career he had been prepared to take risks with his future health in order to keep playing.

“As I went on the journey I asked the doctors some questions about the risks and then I asked myself some questions, and was I going to privilege the present over the future?

“And I decided that I was going to privilege the present over the future and I think I was willing to take on those risks. That’s not discounting any of these terribly sad cases where we see ex-athletes in all sports have some serious degenerative brain issues.”

Graham has described Rugby League as ‘Something worth dying for’ and he appears to have no regrets about the concussions he has suffered in his career.

“It’s a very complex issue and I had to do some really deep thinking about what I wanted to do and what were the consequences of me hanging up the boots because of concussion or the potential for future brain diseases. Where was the purpose going to be filled in my life? I personally felt like I needed a cause. I thought about what’s the meaning of life? Maybe for me, finding the meaning of life was finding something worth dying for.”

Graham is a very smart, fiercely intelligent individual and I hope he enjoys great health long into his retirement.