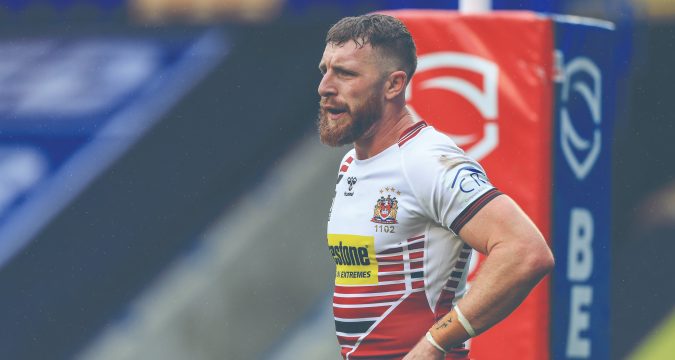 With their opening match against Leigh just three weeks away, the Warriors are deep into pre-season training.

But Aussie ace Hastings, a key cog in Wigan’s bid to win a first title since 2018 and deny arch-rivals St Helens three in a row, has yet to report back.

It’s believed the 25-year-old halfback from Wollongong, South of Sydney, is still Down Under, having jetted out during the closed-season.

The former Sydney Roosters and Manly player resurrected a flagging career via a stellar one-and-a-half-season stint at Salford before joining Wigan ahead of the 2020 campaign.

In 2019, he helped the Red Devils upset the odds to reach the Grand Final, was named Man of Steel and also toured the Southern Hemisphere with Great Britain, qualifying through his English grandmother.

Now he has told Sydney’s Daily Telegraph that he would “love” to return to the NRL, no doubt setting the alarm bells ringing back at the DW Stadium.

But having had to deal with rumours of a potential return to Australia before he initially arrived from Salford having put pen to paper on a contract, the club are unlikely to welcome the current renewed speculation.

Hastings told the Telegraph: “The plan was always to eventually come back to Australia and hopefully get a deal to play in the NRL.

“I’ve been very lucky to go to England and play some pretty good footy and work on rebuilding my image.

“Australia is home, where I didn’t fulfil my potential. I’d love to come back and change people’s perception of me.”

Hastings departed Manly after being banished from the first-team squad following a well-publicised bust-up with coach Trent Barrett and teammate Daly Cherry-Evans.

“Everyone knows what note I left on. I want people to know the real Jackson Hastings, not the person they saw four or five years ago.” he added.

“You only need one club to show interest. I’m not too bothered if the club’s been coming last or coming first.

“All I want to do is fit into a culture and earn the respect of the playing group that’s there, the coaching staff also.”