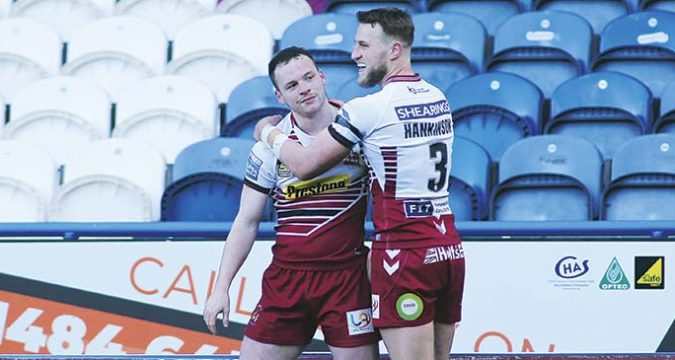 Wigan are close to ending Super League’s pay cut crisis with a deal close to being struck with their players.

The Warriors are set to be the final club to sign off a deal with their players, with they and Castleford the only two clubs still to reach an agreement.

The Tigers are set to sign off a deal with their players on Monday, leaving Wigan to finalise a deal to ensure that Super League can get under way again next month.

Sources have told League Express that the club has made significant progress with its players at the end of last week and a deal should be struck in the coming days.

Once done, it will come as a huge relief to the whole of Super League, with a crisis very much on the cards just a few weeks ago.

Only Hull FC had reached an agreement with their players and several clubs were fearful that there was too much of a gap between themselves and their players.

But that issue is all but over and with promotion and relegation also set to be off the cards shortly, all concerned should be able to focus on the action returning on the field rather than the drama circling the sport off the pitch.