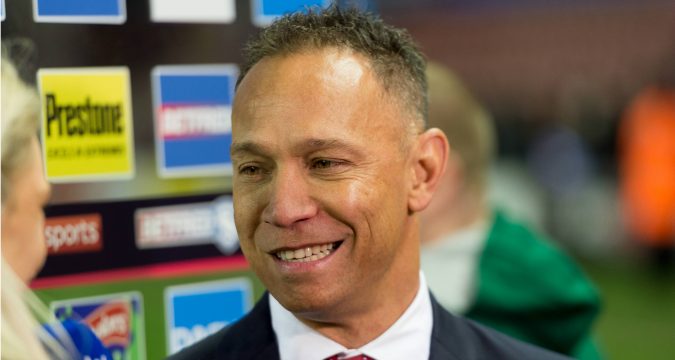 Wigan are lining up a mid-season signing from overseas.

The Warriors are one of just a handful of clubs that currently have unallocated quota spots and League Express understands the club plans to fill them as the season develops.
Adrian Lam and Kris Radlinski are actively on the lookout for potential NRL pickups, with a number of players likely to enter the market once the season starts next month.

Wigan use fewer quota spots than anyone in Super League. As it stands, they are in position to sign two full overseas players as well as an addition non-federation trained player on top of that.

While it’s unlikely they’ll fill their entire quota, it’s highly likely they’ll use it in some regard, though that could see players leave the club too.

It’s believed that Morgan Escaré has attracted interest from clubs, with the Frenchman seemingly not in Lam’s plans after having limited game time since his arrival at the DW Stadium last year.

Meanwhile, Catalans Dragons are thought to be keen on signing Wales forward Ben Flower, who is off-contract at the end of the season and appears to be approaching the end of his time at the club.

Flower hasn’t featured this season due to injury but lost his number 10 shirt to George Burgess ahead of the current campaign.

It’s believed that Wigan would be open to the 32-year-old leaving the club before the end of the current campaign, but are reluctant to do so at the minute due to concerns over Burgess’ hip injury. Should the Warriors identify a prop from Down Under, it’s likely that Flower would head to the Dragons as a result.