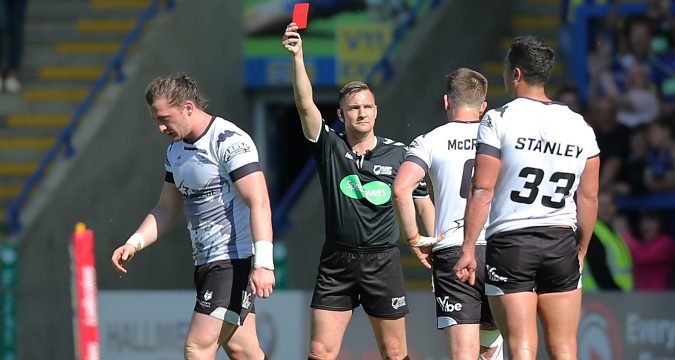 Leading referee Ben Thaler has been suspended by the RFL and is currently subject to an internal investigation.

It’s understood Rhe RFL received a complaint about an incident earlier this year and it has stood down the 38-year-old from all his current duties.

Thaler officiated the round 1 Super League game between Leeds Rhinos and Hull FC, but has not been allocated to any games since the RFL began its investigation. It’s believed the alleged incident took place before the opening round of the season, but the RFL made the decision to suspend him after he had taken charge of that game.

Thaler will once again be absent this week and there is no word on when the investigation will be concluded.

As a result of the investigation, the Wakefield-born official has hired the help of leading sports lawyer Richard Cramer to act on his behalf.

An RFL statement said: “Ben Thaler will not be considered for appointments pending the outcome of an internal investigation. The RFL will make no further comment until that investigation is complete.”

One of the most respected officials in the game, Thaler is in his 20th season as a referee in the professional game, having taken charge of his first game in 2001. He made his Super League debut in 2005 and has taken charge of over 300 top-flight games since then, including the 2015 Challenge Cup Final and Super League Grand Final.

In an unrelated note, Rob Hicks was another referee absent from this weekend’s games. However, the RFL confirmed that was due to a calf strain and it was not a result of the investigation into Thaler.