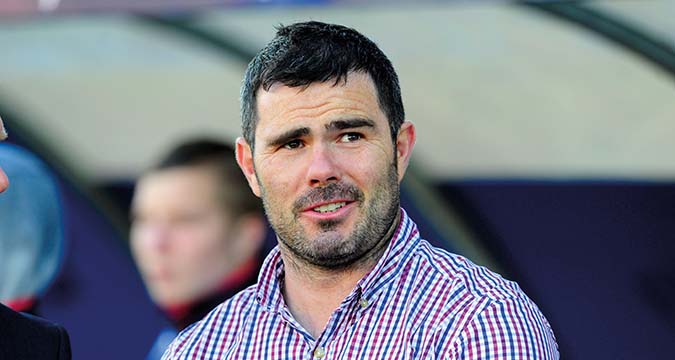 Warrington chief executive Karl Fitzpatrick has insisted that his club will respect the wishes of any player who does not want to play behind closed doors when the Super League season returns.

With the NRL getting ready to resume its season later this month, and Germany’s Bundesliga starting this weekend, eyes are now starting to turn towards when Super League could reboot its own domestic season.

That may still be some way off, but Fitzpatrick told League Express that any player who feels uncomfortable about returning due to the health risks attached would have the club’s blessing to take time off.

“We’ve got players with different beliefs and attitudes towards a lot of things. When we started to train in small groups, it was gathering momentum then, but I spoke to them all and explained what we’d be doing.

“I said that if anyone was concerned with that approach, they could tell me and they’d be allowed to stay at home and train independently. That will remain the case if and when we come back to prepare for the season to resume.”

Fitzpatrick also admitted that, despite their significant financial backers in Simon Moran and Stuart Middleton, Warrington may also have to apply for a slice of funding as part of the Government’s £16 million loan to the sport as he warned that the Wolves are far from immune to the financial insecurities surrounding the game.

“Yes we do envisage potentially doing that,” he said.

Warrington have just furloughed almost all of their 140 staff, with just six remaining in work. And Fitzpatrick said: “It was outlined to everyone in the business straight away that while we’re fortunate with the benefactors we’ve got in Simon and Stuart, their businesses are affected too.

“Simon’s business involves the congregation of people, an industry which has been decimated and, with the way that things are going, that sort of business is one of the last that will restart. So we’re not immune to it, no.”