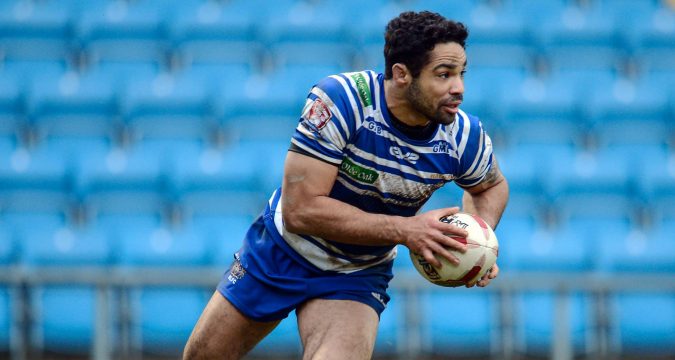 York City Knights have confirmed the signing of Will Sharp from Championship rivals Halifax.

The 33-year-old arrives at the club after four seasons with Halifax, where he scored 30 tries in 102 games.

With over 100 Super League games one his belt, Sharp brings more experience to the York squad and follows fellow former Fax player Ben Johnston to the club for 2020.

“He’s a big athletic lad who will bring strike power and experience to our edges. This isn’t his first barn dance – he’s played plenty of Championship rugby and there’s versatility to his game too, providing cover at full-back if needed.

“He’s still keen to improve even at this stage of his career which is a big positive for me and I’m looking forward to working with him.”

Sharp added: “I’m really excited to be signing for an ambitious club like York City Knights, and I’m looking forward to meeting up with the squad and meeting the boys.

“I’m eager to make an impression and contribute to what is already a very good squad. I still think I can get better and make improvements, physically and in terms of my skills and I know Fordy and the environment at York will facilitate that. I can’t wait to get started.”