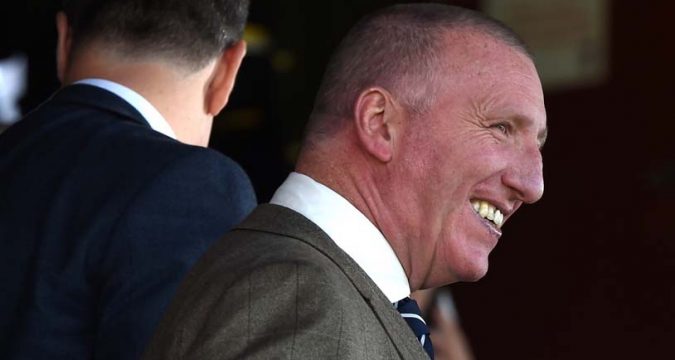 Today is the 125th anniversary of the momentous meeting at the George Hotel in Huddersfield, at which the Northern Union was formed.

Not many sports can pinpoint exactly when and where they were founded.

The circumstances in which our sport was born, to address social and regional unfairness and to challenge the establishment, surely provide an additional reason for us to celebrate Rugby League’s history over the last 125 years.

We are the latest custodians of a special sport, which is an honour and a responsibility.

At the RFL, we have recognised the responsibility for marking this milestone in a fitting manner. We’d love League Express readers to join the celebrations.

We launched our year at Huddersfield Town Hall in late January – a striking and fitting venue, at which we were able to land some points about how the sport has developed since 1895, with a focus on the Women’s game, on PDRL and LDRL, and on Wheelchair Rugby League.

Who could have envisaged then what lay ahead? Unavoidably, the pandemic has affected everything that has followed, including Rugby League in our 125th year.

But now it’s time to celebrate. The game has drawn deeply on three key qualities which have served us well over 125 years – resilience, flexibility, and sacrifice – to reach the last week in August in decent shape.

The game is back on the field, helped by that flexibility, whether in the ability to amend our laws to minimise the risk of virus transmission, or to amend the fixture list at short notice. The Betfred Super League is delivering great entertainment, which is producing excellent viewing figures – to the huge credit of the players and coaches, as our England coach Shaun Wane reflected last week. (We shouldn’t overlook the continued support of our broadcast partners Sky and the BBC in the story of the last five months).

The Community game has already taken significant steps towards a return, and we remain hopeful that our ongoing talks with Government will deliver the ability for crowds to return to Super League fixtures, possibly for pilot events next month.

The Coral Challenge Cup returned on the BBC on Saturday, and a Wembley final remains a real possibility. Wherever it is, that Final will provide another chance to celebrate our quasquicentennial.

But before that, we’ve put together a 125 package this week, which we hope you’ll all enjoy.

This weekend, we announced the addition of Joseph Platt to the RFL Roll of Honour. Joseph was the founding secretary of the Northern Union at that momentous meeting in 1895, and continued in that role for the sport’s first 25 years.

A group of Oldham supporters and historians wrote to us early in the year and pointed out the opportunity to provide belated recognition in this significant year. We thought an historic first posthumous addition to the Roll of Honour would be fitting – and we have also informed the Championship and League 1 clubs hoping to play in a one-off competition this autumn that Joseph’s name will be prominent if it does take place.
His addition to the Roll of Honour is due to be marked at a special function in Huddersfield’s St George’s Square next Saturday, hosted by Kirklees Council, at which they will also celebrate the recent decision by

Through the week, we’ll be serialising on our digital channels a new book by the renowned Rugby League and sport historian, Dr Tony Collins, to mark this anniversary – the book is due to be published shortly, and will be an important addition to Rugby League literature.

Tony has also been involved in a discussion to identify the Rugby League Legends of the last 125 years. Hosted by Dave Woods, the BBC’s Rugby League Correspondent, the discussions also feature Kath Hetherington, a trailblazing female President of the RFL in 1985 who has been immersed in the game for more than six decades; and Jamie Jones-Buchanan, to provide the viewpoint of a modern player who is such an outstanding and eloquent ambassador for the sport, as he showed again on the BBC on Saturday.

You’ll see a prominent theme of 125 in Sky’s coverage of the Betfred Super League this week and next weekend, building on Saturday’s exposure on the BBC. Clearly, when we were planning the anniversary, we weren’t envisaging a programme of five Super League fixtures over two days at the Halliwell Jones Stadium. But it is fitting that seven of the founder members in 1895 will be in action – Wigan, Leeds and St Helens; Huddersfield against Hull; and Warrington against Wakefield Trinity.

We shouldn’t forget that Super League celebrates its own 25th anniversary this year, and again Sky have been hugely supportive of that – as they have of our ever greater efforts to promote equality, inclusion and diversity in our sport.

Clare Balding, our new President, has narrated a special video, which was premiered on the BBC at the weekend. We’ve got a wide range of Happy Birthday messages, a poetry competition, and there are a couple of other surprises which I’m not allowed to mention here, but I think will go down well – keep your eyes peeled!

Finally, I’d like to send my best wishes to all who continue to be affected, directly or indirectly, by the current challenging situation. Behind the cold statistics of positive Covid tests, such as those at Hull FC and St Helens in recent weeks, there are personal stories and feelings – for players, other staff, and their families and friends.

As a sport, we are lucky to have Rugby League Cares, now with Francis Stephenson and Keith Senior working alongside Steve McCormack in an outstanding team, as a first port of call for those in difficulty of any kind.

As with so much in our game now, I think our founders would be pleasantly surprised to see how the Rugby League family continues to look after our own.