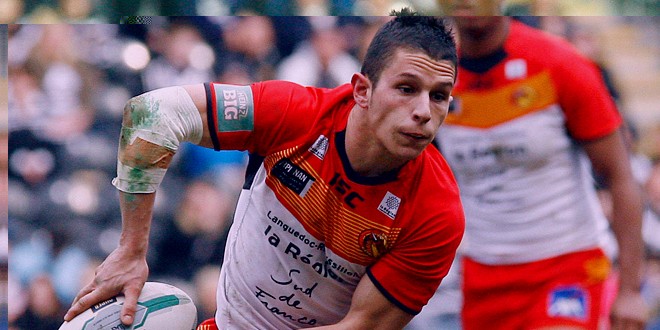 Yesterday and today I have been discussing 2013 and those we have lost. There have also been plenty of newcomers, as always, to brighten up the Rugby League scene.

Two young French stars made their debuts in Super League this season in Morgan Escaré and Theo Fages, while other young debutants who will surely make their mark in the game include Alex Walmsley, Bobbie Goulding (with the famous name), Jamie Shaul and Liam Sutcliffe.

From overseas we saw Justin Carney (see our Castleford story on page 5 to see one aspect of his contribution to his club), Cory Paterson and Jamie Soward, while Sonny Bill Williams returned to Rugby League and played in the World Cup, where we saw a host of potential great stars of the game, with Roger Tuivasa-Sheck perhaps catching my eye more than any other player.

Off the field there were some new arrivals too.

Marwan Koukash became the owner of Salford City Reds (as they were) in January, and has been making headlines ever since. He was a breath of fresh air in what had been a tired old club.

Brian Barwick became the new Chairman of the RFL in April.

Dave Smith became the new chief executive of the NRL in February.

Andrew Voss became a new name on television, as he commentated for Premier Sports on the World Cup.

And let’s not forget three new clubs, in Hemel, Gloucester and Oxford, all of whom had respectable first seasons in Championship One.

Congratulations to Wigan, who won the Super League/Challenge Cup double, while Sheffield Eagles won the Championship Grand Final for the second successive season, Leigh Centurions won the Northern Rail Cup and North Wales Crusaders and Rochdale Hornets secured promotion from Championship One. How appropriate that a new club and an old club should go up together from that competition.

Meanwhile Batley made a little piece of history by winning two golden point games in a row in the play-offs, while Featherstone finished at the top of the league, but couldn’t reach the Grand Final.

But they will have a new stand that will be fully operational next season, and it has been put together almost exclusively by volunteers who are supporters of the club.

That shows that Featherstone really are a community club in the true meaning of the word.

May I wish them, and all our readers, a very Happy and Prosperous New Year