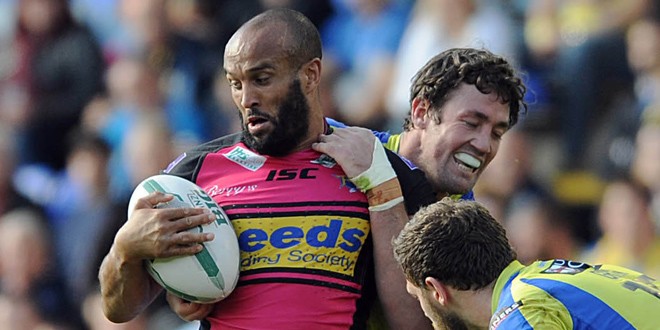 England forward Jamie Jones-Buchanan has signed a contract that will see him play out his career where he started it – with Leeds Rhinos.

The 32-year-old, who writes a monthly column in Rugby League World magazine, penned a three-year deal that will see him at Headingley until the end of 2016.

He said: “It is great to have agreed the new deal but, as everyone who knows me knows, there was never any intention from me to leave my club.

“I am really excited about the new season and having the young guys involved in pre-season along with the new faces in Paul Aiton, Tom Briscoe and Andy Yates has given the whole place a lift.

“I think the new First Utility Super League has the potential to be the best we have had for many years. With two teams getting relegated and, the feel good factor after the World Cup, the competition is going to be great.”

Head Coach Brian McDermott said: “Jamie is at the core of our club, not just because of what he does on the field but what he offers off the field as well. As part of the group of five players who have won all six Grand Finals, his place in the history books of the club are already assured but his enthusiasm for what still lays ahead helps to drive everyone on.”

JJB, as he is affectionately known, has made 303 appearances for Leeds since making his debut in 1999 and has scored 64 tries. He has won six Super League titles and three World Club Challenges.