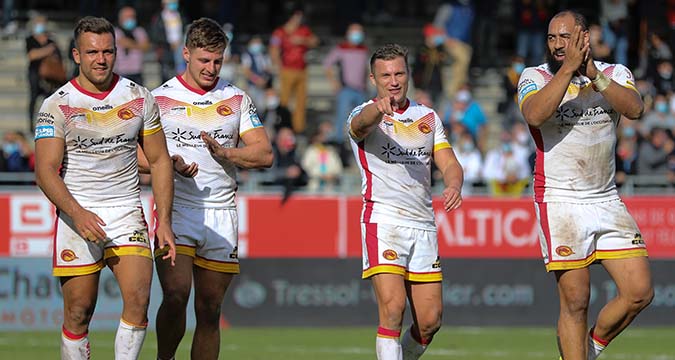 Super League has announced that a broadcast deal has been agreed with the premium sports network, beIN SPORTS, which covers the broadcast of the 2021 Betfred Super League season in France.

The agreement between Sky Sports, the holder of the TV rights, the Dragons and the French broadcaster is will mean that Dragons fans will be able to watch their team during the “behind closed doors” period, while it will also allow English fans who are currently unable to travel to Perpignan to support their team.

The Super League has thanked Sky Sports and beIN SPORTS for reaching an agreement, as well as the Catalans Dragons, who will cover all the production costs of broadcasting the games in Perpignan.

The Dragons’ away games that are televised on Sky Sports are also part of the deal. As a result, the Dragons’ 2021 season opener against Hull KR at Emerald Headingley Stadium, scheduled for Saturday March 27, will be broadcast live on beIN SPORTS.

To celebrate the return of Rugby League on the channel, beIN SPORTS is reported to be looking at the possibility of broadcasting all the Super League Round 1 games.

“I would like to thank our TV Partner Sky Sports for understanding the need to broadcast the competition and in particular our club on a French channel,” said Catalans President Bernard Guasch.

“The return of beIN SPORTS is excellent news for our fans and sponsors, who will be able to follow our games in France and England during this difficult period, regardless of the protocols in the stadiums. Media exposure was an essential subject for our sponsors and I believe that we have met their expectations with this agreement.

“It will be a significant financial investment for the club, but the end justifies the means. I would like to thank all the people involved in this negotiation, in Perpignan, Paris, London or Manchester.”