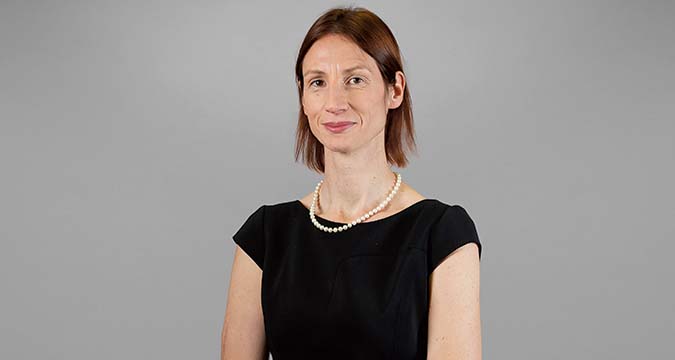 The RFL has agreed with Super League Europe and the Betfred Super League clubs to introduce a number of amendments to the regulations surrounding player registrations immediately, to recognise the ongoing challenges presented by Covid-19.

Karen Moorhouse, the RFL’s Chief Regulatory Officer (pictured above), said: “There was unanimous agreement from clubs that we must do all we can to preserve the integrity of the 2021 fixture list through what remain highly challenging times.

“The recent announcement of an easing of restrictions on July 19 is great news in terms of allowing more spectators into grounds – but the predicted increase in cases means that collectively we have to do all we can to limit the number of cases within teams and the impact of those cases.”

Following feedback received during and after an all-clubs meeting last week (July 1), which was called in response to a number of postponements and cancellations, clubs will be given more flexibility to make changes to their playing rosters to allow them to tackle issues around availability arising directly or indirectly from Covid-19.

The Covid Regulatory Protocols, including the requirement for seven or more players to be unavailable either through a positive test or as close contacts before a game can be postponed, will not change.

However, clubs have been urged to review their codes of conduct, given the current trajectory of positive cases, and Super League head coaches, captains, heads of performance and Covid officers are meeting tonight (July 8) with the RFL and SLE to discuss the importance of maintaining the utmost caution in relation to behaviours both inside and away from the clubs.

The regulatory changes, which come into effect immediately, are:

1 The minimum length a player can be loaned to a Super League club (which had already been reduced from 28 days to 14) will be removed, for players eligible to play in the Academy (Under-19) or with a salary cap value of less than £40,000;

2 Clubs will be able to loan players who meet the above criteria until the end of the season rather than up to the signing deadline of August 6;

3 The maximum of five loan players per club will be removed (provided that any players over and above five meet the above criteria);
To support Clubs promoting Academy players in exceptional situations to seek to ensure matches are played, the minimum salary for a Super League player of £15,000 will be suspended for the remainder of the 2021 season, although only until such players have made four senior appearances.

Rhodri Jones, the Chief Commercial Officer of Super League Europe, said: “We are grateful to the clubs for their continued efforts and further flexibility to ensure matches take place, protecting commercial and broadcast partnerships. We appreciate the sacrifices and commitments the players and coaches are making, which cannot be underestimated.”