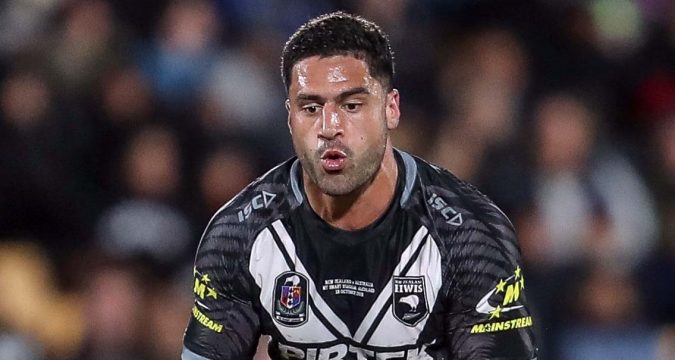 It’s been three years since England welcomed the Kiwis over to the UK for a Test series and the New Zealand has evolved in that time.

There are still player like Shaun Johnson, who we’re all too familiar with, but they have developed some key young players on whom it’ll be worth keeping an eye.

Here are five players that could hurt the home side on Saturday at the KCOM Stadium.

With Roger Tuivasa-Sheck not named in the 19-man squad for the Kiwis, the responsibility of playing at fullback falls on the Penrith outside back.

He’s an able replacement and looked dangerous throughout in New Zealand’s warm-up game with Australia.

His speed out the back will prove difficult to deal with but not having the Dally M Medalist in Tuivasa-Sheck in the side will no doubt weaken the Kiwis.

Having spent much of the season in the shadow of Latrell Mitchell at Sydney Roosters, Joseph Manu has quietly gone about his business in 2018 and come away with a Premiership with Sydney.

It was perhaps the best performance of his short career to date against the Aussies. He scored on his Test debut and set up tries for his team-mates.

He was up against his teammate in Mitchell and while Mitchell did get the better of him on occasion, Manu out-did his more talked-about colleague on the day which is no mean feat.

As if any England fan needs telling to keep an eye on Shaun Johnson.

His try in the World Cup semi-final in 2013 is pretty well imprinted on the minds of England’s supporters.

His form since that point has been very up and down but 2018 was his best for a few years as New Zealand Warriors made the playoffs for the first time since 2011.

With Kodi Nikorima partnering him in the halves, Johnson should be able to have a free role which normally leads to his best Rugby League.

Back in the international fold after a suspension, Jesse Bromwich has been one of the best props in the world for many years now.

Jesse, along with his brother Kenny, are key players for both the Kiwis and their club Melbourne Storm. Jesse’s direct running will make him handful alongside the evergreen Jared Waerea-Hargreaves who is sure to try and stir things up in the pack.

Named on the bench for the first Test on Saturday, Martin Taupau has the capability to cause major damage for the Kiwis.

His offload and hard running style make him very difficult to deal with.

If rumours are true and Leeds Rhinos are looking into signing Taupau, they will be signing one of the best offloaders in the game and a player who would surely have a big impact in Super League.