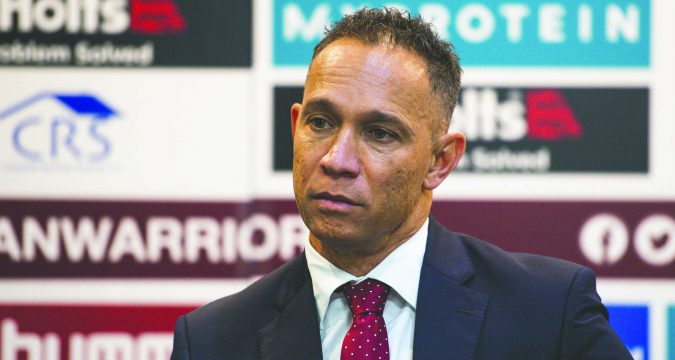 Adrian Lam made a total of 13 changes for Wigan’s clash with St Helens but was still positive.

As expected, Lam wasn’t happy with the end result; “It’s not the score line we were hoping for but I want to take the positives out of that experience tonight. They’d [the debutants] only trained once through the week against a side that’s world-class so I’m proud of their efforts which there were plenty of, and their energy.”

The debutants were the main topic of conversation for Lam as he elaborated; “I was really pleased with them all. I know Umyla Hanley dropped a few balls, but I thought his workrate was unbelievable and I think he’ll be one for the future. There’s also a couple of big ones in there that I’m really pleased for. They haven’t played much time this year cause it’s not like they’ve been playing reserve grade or academy. Some of them haven’t played for nearly 12 months so when you take that into consideration, it’s an incredible effort. At times, we were absolutely gassed but they had to push through it. I’m proud of their efforts’

Unfortunately, though, there was some disappointing injury news revealed. Jack Wells, who was subject to a leg-tackle by Walmsley, limped off the field in the 19th minute and did not reappear.

“It looks like he’s got a bit of medial ligament damage and possibly cartilage damage so that’s between four and six weeks. It [the tackle from Walmsley] didn’t look good. They’ve [the Match Review Panel] been cracking down quite hard on that sort of action so maybe it’ll be under the microscope over the next 48 hours. It’s not ideal for Jack; he’s worked really hard to get back in the mix and he was doing some good stuff tonight”