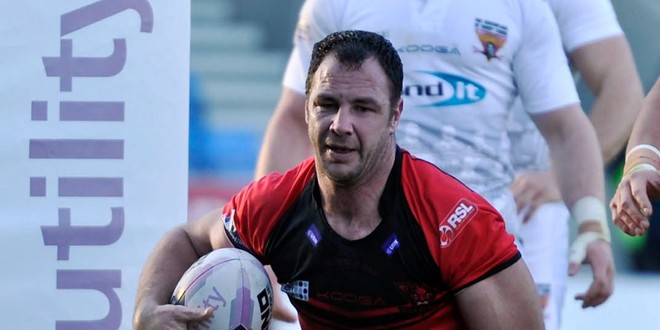 Salford Red Devils could offer a new contract to captain Adrian Morley for next season – but Francis Meli will be leaving the club at the end of the current campaign.

Morley only planned to play with his hometown club for one season, but has impressed in the second half of this season as the Red Devils hit some form. And owner Marwan Koukash has suggested another offer could be on the table, saying there always be a role for him at Salford, regardless of whether or not he carries on.

“Adrian is great and he has been playing well,” Koukash told the MEN. “There will always be a role for him at this club.

“He is a wonderful ambassador and we will see what he thinks about the future. We will wait and see what Adrian decides.

“I feel it has been a season of two halves and we have played well in the second. We have certainly progressed and are more settled.

“When I think about some of the possible combinations and the pace we have in the team, it is very exciting.