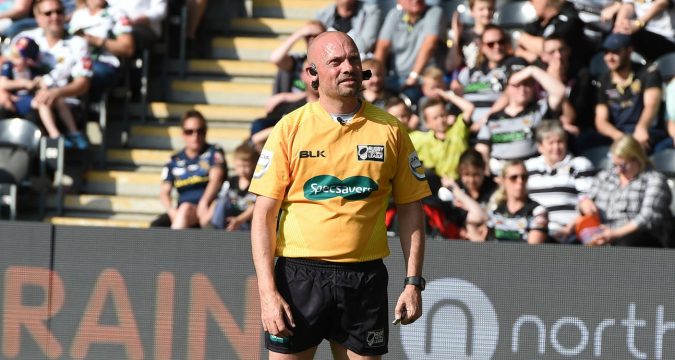 It’s well-known that every story has a beginning, a middle and an end.

Some endings are happy. Some are unfortunate. Some are rather ugly. But everything has an end: and Thursday night made me begin to wonder if the video referee concept in Super League – and British rugby as a whole – should be nearer than we first think.

Before we get too deep, an admission: I know it probably won’t be taken out of the sport any time soon. And that’s fine, because even the concept’s biggest nay-sayers will admit it has more than its fair share of moments which are beneficiary.

But Thursday’s clash between Leeds and Hull FC was almost a microcosm of the pedantries, flaws and foibles the system possesses.

At times, it is almost easy to feel sorry for on-field referees. I personally received several tweets on Thursday night from supporters stating the level of officiating in Super League is rapidly declining. I don’t agree at all – and I think that, in a weird kind of way, their job is being made harder by the very presence of the video referee.

There is a general acceptance – barring those who have the strange belief that everyone is perfect in this world – that people make mistakes, and that is no different in rugby league. Players make their fair share of them, coaches too – the press are no different. We’ve made enough errors to fill a book (albeit a slightly boring one).

So why can’t referees make mistakes and be treated exactly the same as everyone else? I understand that the stakes can sometimes be high, and one error from an official can cost a team dearly. But it’s no different to the winger dropping the ball in the act of scoring a match-winning try, or a player committing a mindless penalty which costs his side the game.

It’s sometimes easy to wonder whether the presence of the square in the air dissuades on-field officials from being convictive in their decision-making. It’s probably a subconscious thing; I’m sure no referee actively backs out of making a big decision just because there’s a fallback option. But the amount of times called were referred to the video referee on Thursday was at best frustrating, and at worst, downright tedious.

Which brings us onto the next point – just how easily the video referee can impact a viewing spectator’s enjoyment of a game. Having the luxury of covering three – sometimes four – games a weekend, I see one clear difference on a Sunday afternoon: and that’s the flow and speed of a game.

Persistent video referee referrals slow the game down, and take away one of the best qualities rugby league has which makes it truly unbelievable: the pace of a contest. Our sport is at its best when its played at break-neck pace, where you haven’t a moment to draw breath. That brings the best out of everyone – and I can’t remember the last time I saw players staring at a screen for two or three minutes on end helping improve that somewhat.

Furthermore, the video referee produces genuine moments of hilarity like on Thursday, where an apparent obstruction on Carl Ablett denied Hull what appeared to be a perfectly legitimate try. It was a strange, strange moment – and one which underlined that even the forensic examination of a passage of play doesn’t always produce the correct outcome.

Let’s lay off on-field referees. We’re comfortable with players and coaches making mistakes – so why not the officials? It’s a thankless task, in truth – and the more I see the men in the middle draw the imaginary square, the more I wonder if, really, we’re reaching the end of the story when it comes to the video referee.