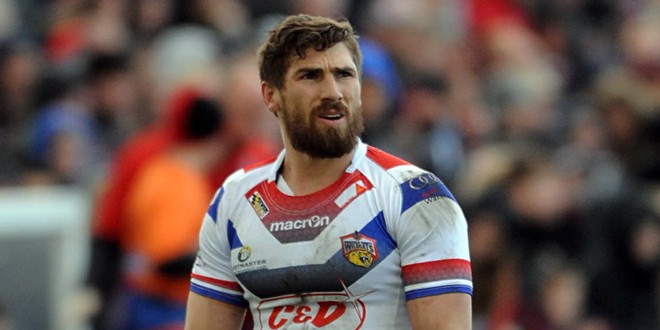 The former Bradford pivot was initially brought in to cover the loss of centre Lee Smith, allowing utility back Paul Sykes to switch from stand-off to centre and give Sammut a chance to shine in the halves.

However, after much experimentation, Agar seems to prefer the Malta international at the back.

“It’s been hard for us to know what our best 1, 6, 7, 9 combination has been because we’ve playing with such a limited amount of football,” Agar said.

“It [playing full-back] gives him [Sammut] the opportunity to get on more plays with us and it gives him the freedom in attack to use his great attributes which are his speed and anticipation.

“It takes away a little of the ball playing responsibilities for him. It’s difficult to know what’s best for us because we’ve had limited ball and we’ve had to chop and change, sometimes through necessity and sometimes because we don’t feel we have been doing the job well enough. We’ll have a look over these next few weeks.”

If Sammut stays at the back, the onus will be on new signings Harry Siejka and Pita Godinet to provide the creativity. Agar is confident they have what it takes. He added: “Siejka has shown some alright signs. He needs to get a little bit more match fit and Godinet’s shown some really smart pieces of play as well. We’ll have a look and try to find something that works for us and give it a chance.”