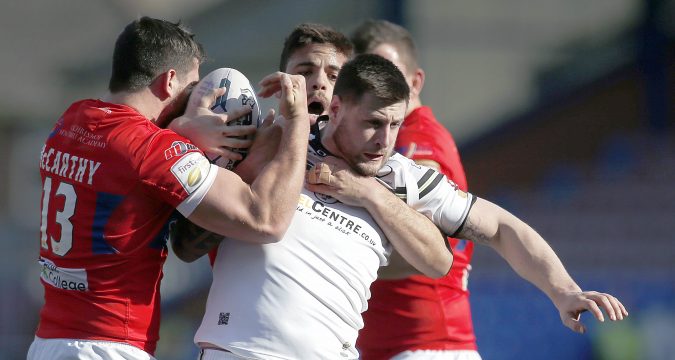 Gerrard has played 94 first team games for Widnes, making his debut in 2010. The 25-year-old is a graduate of the club’s Academy system.

He said: “I have been with the Vikings for ten years now, so I know the club very well and enjoy the environment here. I had a difficult injury last year which kept me out for a long time, but I’m pleased to be back in action this season. The club has stood by me during my period of injury and I’m looking to pay it back.

“I want to finish this season well and to make a big contribution next year too. I am now looking to kick on with my performances and secure a regular starting spot.”

Vikings coach Denis Betts said: “I am pleased that we have re-signed Alex for the 2018 season. We believe that Alex has the potential to be an elite front-rower in this competition.

“He has suffered with injuries over the last couple of years, but we are hoping that he can put these difficulties behind him and return to the impressive form that we know he is capable of. I am looking forward to working with him next year.”