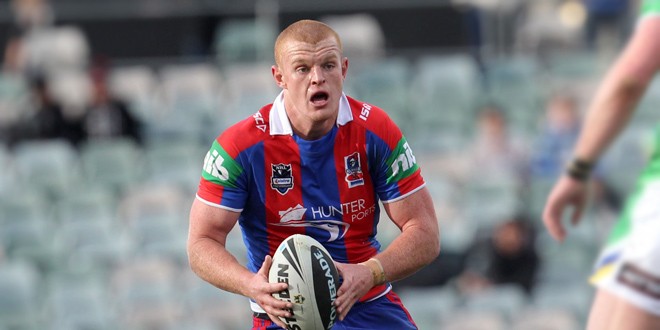 Alex McKinnon, the Newcastle Knights forward who had his career ended in a tragic on-field accident in late March, is closer to his dream of walking again after doctors found signs of muscle contractions in his legs.

The 22-year-old fractured two of his vertebrae when he landed on his head in a tackle involving Bromwich brothers Jesse and Kenny, and Jordan McLean, who was banned for his involvement.

He was initially feared to be quadriplegic but has defied the odds and made lots of progress. In a statement released by the club, Alex said: “Had a few little changes… a lot more movement in my left arm.

“When I’m on a tilt table on my back with the physio, I’m starting to do these little squats. I was pretty stoked about that. That’s obviously a great thing when my goal is to be back walking. Obviously to have a bit of movement in my legs is massive for me and something that I will carry with me through the weeks where I don’t get much improvement.

“One thing I’d really like to work on which I can’t really control [is] just to get back to simple things like answering a phone call or texting. Over the next few weeks, I would like to get my fingers back but, when you talk about things like this, I can’t control them. I’m very happy with what’s come back so far but, obviously, I’ve got a long way to go in the process.”