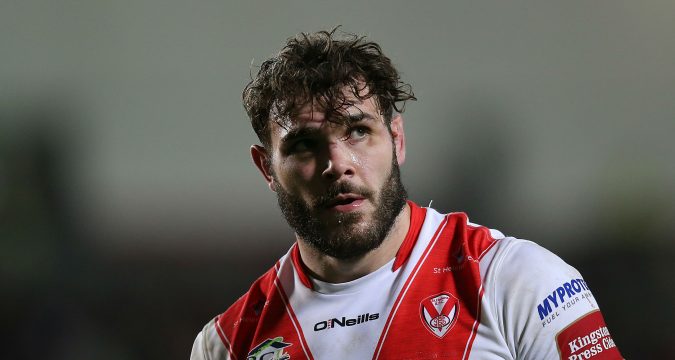 Alex Walmsley is the best prop in Super League: that’s the view of his coach, Justin Holbrook, as St Helens all-but secured a place in the Super League play-offs next week.

Walmsley scored twice as the Saints beat Salford to move up to third – a position they will confirm, ensuring a trip to Leeds next week, should Hull FC slip up at Castleford on Friday night.

And the prop came in for heavy praise from Holbrook afterwards.

He continued: “I thought Alex Walmsley was outstanding. He turned the game with his carries and he has been defending well. I thought his impact made a huge difference in the game.

“I don’t pick it [England’s World Cup squad] but I think he’s the best front-rower in the competition.

Only a Wigan win by 90 points will now deny the Saints a top-four finish, and Holbrook admits he was delighted to see his side take a significant step towards the semi-finals.

“It was a tough game wasn’t it?” he said. “It was spiteful at times and emotional too but it was important we settled down in that second half and finished it off well so I am pleased.

“I have only seen the replays of the incidents like you have so don’t want to say too much at the present time.

“I always had belief and now we are there. I am really proud of them, they have worked hard and we can now look forward to next week’s game.

“Cas and Leeds play two differing styles but whoever we face we will have to prepare well. But in saying that I am happy we are there and confident in our team.”