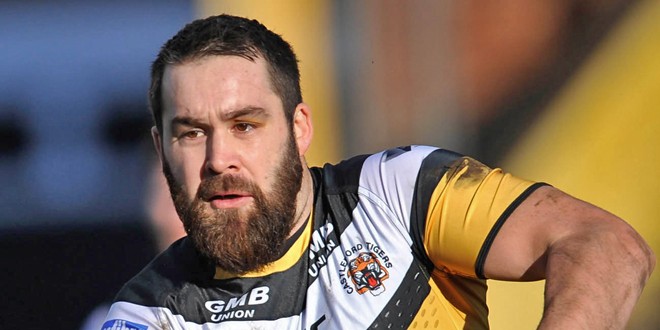 Huddersfield prop Craig Huby admits he still has an eye on representing England.

The 28-year-old, who joins the Giants after 12 seasons with hometown club Castleford, was named in Steve McNamara’s train-on squad in June but didn’t make the cut for the Four Nations.

“It was great to be involved in the training squad,” Huby told League Express.

“I would love to play for England.

“For now though I am concentrating on settling in at Huddersfield and playing well for them. If I get a call after that, then it’s a bonus.”

Although he couldn’t quite face the 5.00am start, Huby watched England’s clash with Australia on Sunday and thought Ryan Hall should have been awarded the 80th minute try that would have won the game.

“He looked to have applied downward pressure to me so I think it should have been given,” he said.

“I think England played really well in the first half and could have built more of a lead if they had taken their chances.”

Meanwhile, Huby confirmed that the Giants have started pre-season training and that he is quickly settling in.

“We were in last Thursday and Friday for testing, which was tough, and we have an Army camp for a couple of days this week,” he said.

“Everyone has been very welcoming and I can’t wait to start properly.

“I get on pretty well with Paul [Anderson, coach] and he was one of the main reasons for me coming to Huddersfield. I’m really looking forward to working with him as well as the rest of the lads and the staff.

“I just want to play as well as I can and make sure I’m in the team. We want to have a good start to the season, finish as highly as we can and be in the play-offs.”