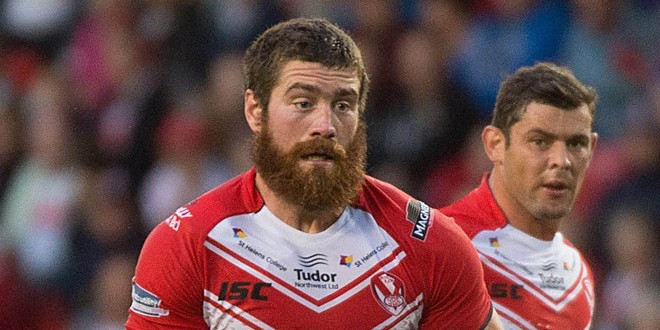 Kyle Amor insists the opportunity to walk out at Wembley in the Ladbrokes Challenge Cup final is all the ammunition St Helens need to defeat Leeds Rhinos in the semi-final on Friday July 31 (8.00pm) at the Halliwell Jones Stadium.

St Helens, who have lifted Rugby League’s oldest Cup 12 times, last appeared at Wembley in 2008 where they were victorious over Hull FC.

Amor, who had a stint at the Rhinos in 2010, believes a place in the Challenge Cup final is the desire St Helens have to overcome the current holders on Friday night.

“The motivation is already there to get a chance to play at Wembley,” he said.

“We owe it to each other as players, our coaching staff and the fans to put in a good performance against the form team in the competition.

“We want to put a few wrongs right after two disappointing games against them this season, and ultimately get to the final in August and kick on from there.”

Amor holds no grudges against the Rhinos and has his eyes firmly fixed on winning.

“A few years ago, I always wanted to show them that they were wrong in letting me go, but after a few years of thinking about the reasons why they let me go, I just treat it as no bigger game than as if we’re playing Warrington or Wigan,” he said.

“It’s always nice when you do beat your old team, but it’s not like I go into the game bitter or angry towards them.

“I’m a St Helens player and all I care about is getting through to the final with this group of players I’ve grown to love and respect.”