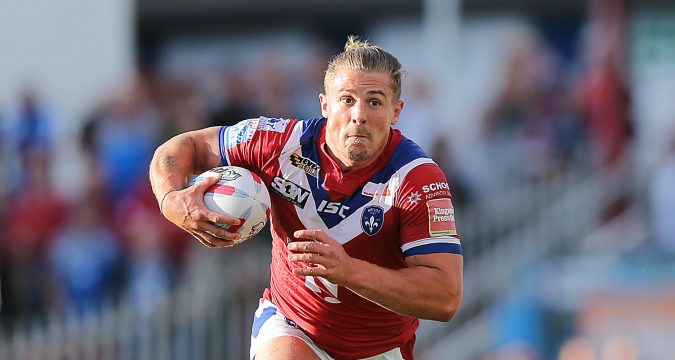 Chris Annakin has signed a new two-year deal with Wakefield.

The prop forward has signed a new contract, having previously being told he would not be offered a new deal at the West Yorkshire club.

However, as exclusively revealed in League Express this week, the top-four hopefuls tabled a late offer for the 26-year-old after a string of impressive performances, and he has now agreed to remain at the club until the end of 2019.

TotalRL understands that Annakin had received an offer to join Championship side Featherstone Rovers but turned the club down due to Wakefield’s u-turn.

“It has been something that I have been aiming for. I thought I might have to go part time at the end of the year but I am delighted that I have a new deal.

“It is a great set of lads here; we are doing well this year and by keeping all of our squad together will hopefully see big things for the club over the next couple of years.”

Chris Chester commented: “I’m really pleased for Chris, he’s been at the club a number of years and he has shown some consistency over the season. He’s a ball of energy and gives the team a lift when he comes on the field. I am looking forward to working with him for the next two years.”