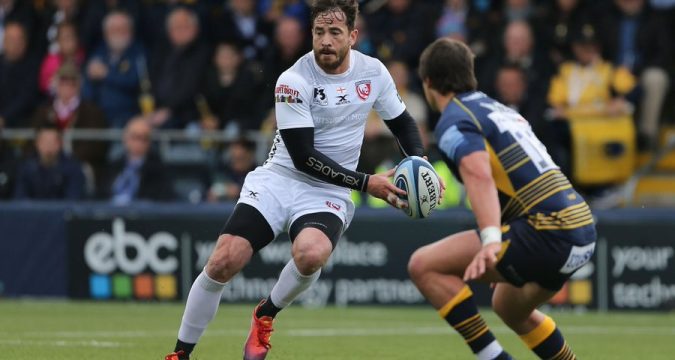 Not for the first time, Danny Cipriani is being linked with a cross-code switch.

Cipriani, an England rugby union international, is a free agent after announcing his departure from Gloucester.

That has inevitably resulted in speculation of a move to the 13-man game for the 33-year-old.

Specifically, Warrington Wolves have been linked with a move for Cipriani, with the Wolves reportedly on the lookout for a halfback.

The ongoing speculation regarding Gareth Widdop’s future has seen plenty of speculation about who will replace him, should the England international, as expected, return to the NRL.

Cirpirani is the latest name linked to the club but sources at Warrington have told TotalRL they have no interest in his services.

The Wolves’ focus has been built around bolstering their pack, with Rob Butler and Robbie Mulhern both joining the club.

Though Widdop’s departure would leave the Wolves with a marquee player spot, it’s believed they are relaxed on the halfback situation and would be comfortable running without a replacement heading into 2021.

Stefan Ratchford has previosuly played in the halves, while their fullback options include Matty Ashton, Jake Mamo and Greg Inglis, who is the club’s major signing for the upcoming campaign.

Promising youngster Riley Dean is also in Steve Price’s plans for next season.