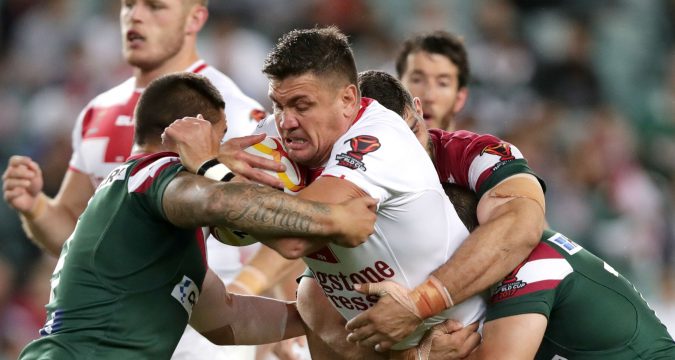 Chris Heighington has been called-up to the England squad to face Australia in the World Cup Final.

The Australian, who is eligible to play for England through his father, has taken the place left vacant by Josh Hodgson, the hooker who has been ruled out of the tournament with an ACL injury.

Heighington hasn’t featured since the second group game against Lebanon, with the return of Sam Burgess at the knockout stage of the competition resulting in his omission.

But the 34-year-old will feature against the Kangaroos from the bench on Saturday, with James Roby starting at hooker.

Wayne Bennett has made no further changes, meaning Gareth Widdop will start at full-back with Kevin Brown and Luke Gale continuing in the halves.

Meanwhile, Mal Meninga has named an unchanged Australia side following their crushing win over Fiji.